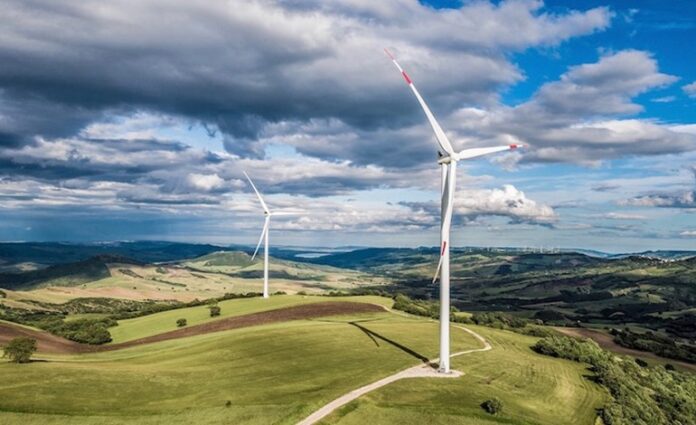 The 500MW Wambo Wind Farm project has secured planning approval from the Queensland state government. The project, located in south-west Queensland, 20km north-east of Jandowae, will comprise up to 110 wind turbines and a 50MW/200MWh battery storage and associated infrastructure. The project is being jointly developed by Cubico Sustainable Investments (Cubico), a long-term owner and operator of renewable energy assets, and Renewable Energy Partners.

David Smith, Head of Australia at Cubico, said: “We are pleased to be developing a renewable energy project of this quality and scale that will assist the Queensland government in moving towards its target of 50% renewable energy generation by 2030. Construction of Stage 1 of the wind farm is expected to begin in late 2021, creating around 200 jobs, and be fully operational in 2023, providing a further 20 jobs. Cubico has a strong commitment to working with the state, as well as the local governments and community, to deliver jobs that support regional Queensland.”

Luke McDonald, CEO for Renewable Energy Partners, said: “We are excited to see the project reach this important milestone, having commenced work on the project in 2018. The site for the Wambo Wind Farm was chosen due to its excellent wind resource, strong transmission network, and low environmental impact. We are looking forward to working with Cubico and the local community to bring this project to completion.”

Cubico is also pleased to announce that it has established a pre-construction communitybenefit fund of $50,000 to support local projects and initiatives for the communities near the Wambo Wind Farm.

Mr Smith commented: “This pre-construction fund will put a particular focus on building sustainable communities and enhancing the safety, healthand wellbeing of local people.We welcome approaches from the community in the coming months on how best to use these funds.”

Mayor of the Western Downs Regional Council Paul McVeigh said: “It is exciting to see another large scale renewable energy project being developed in the Western Downs region. Council has played a strong role in supporting the growth of renewables and congratulates Cubico and Renewable Energy Partners on this important milestone.”

Details of the pre-construction community benefit fund can be found on the project’s website www.wambowindfarm.com.au.

An expanded community benefit fund is being established for the 30-year operational period of the project and will commence post-construction.

Renewable Energy Partners is a Queensland based originator and developer of large-scale renewable energy projects in Australia. In addition to the Wambo Wind Farm, REP is currently developing the 250MW Western Downs Solar Farm, the 1.5GW Bowen PHES Project and the 500MW Eungella Wind Farm. More information is available at www.repartners.com.au .

Founded in May 2015, Cubico Sustainable Investments is a major investor in the renewable energy sector. The company is backed by the resources of Ontario Teachers’ Pension Plan, Canada’s largest single-profession pension plan, and PSP Investments, one of Canada’s largest pension investment managers. Cubico’s global portfolio in 13 countrieshas an installed gross capacityof approximately