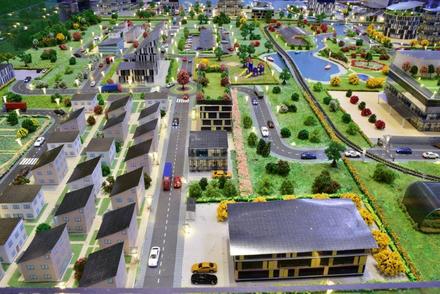 sonnen – one of Europe’s largest battery manufacturers – set out to network solar storage systems into a virtual power plant, and thus the company became a power plant operator. Its virtual power plant has now expanded to include not just thousands of solar batteries but also biomass and wind energy. The “kilowatt hour collector” wants to become one of the largest utilities in Germany.

The idea is becoming ever more popular. In Switzerland, the telecommunications company Swisscom has been in the business of virtual power plants since 2012 with its subsidiary Swisscom Energy Solutions. Initially, it focused on bringing electric heaters, heat pumps and water boilers into its pool. The increasingly favorable prices for solar storage systems subsequently created important momentum. Since then, cooling applications and electric charging stations have also joined the portfolio. The virtual power plant controls all of these applications, enabling them to work as efficiently as possible, whether during consumption or storage, and allowing the unused energy to be sold at the best price on various energy markets. Participating households profit from services to increase self-consumption and improved energy efficiency.

In Germany, the transmission network operators TenneT and sonnen have joined forces to use networked domestic storage systems and blockchain technology to stabilize the power grid. This is necessary when – for example – there is sufficient power from wind energy in the grid in northern Germany, but too little power in the south. Usually the wind power plants in the north would be switched off and gas power plants in the south fired up, for example, in order to correct the imbalance. Now, thanks to the cooperation of these companies, the wind energy is stored in batteries in the north and the virtual power plant in turn delivers the energy from its storage systems in the south.