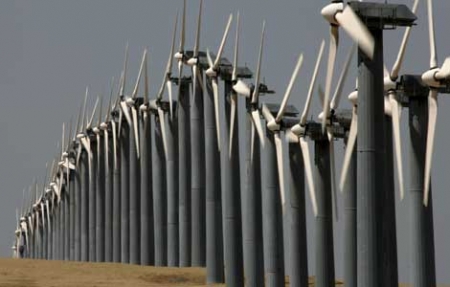 The power industry is stepping up its shift away from coal-fired electricity amid global-warming concerns, as some utilities shut down generators early or terminate contracts to buy coal-based energy.

So far, the trend involves just a handful of utilities that are generally closing older, smaller plants. Coal still generates half of U.S. electricity and about 30 new coal plants are under construction, the most in a generation.

Yet the new initiatives signal that a growing number of utilities are studying ways to shrink coal’s role in their power mix as they face state mandates to reduce carbon emissions or increase renewable energy. Coal is the No. 1 CO2 producer, and eventual U.S. carbon caps are expected.

The trend “promises to grow” because of climate-change concerns, says Glenn Unterberger, a Philadelphia lawyer who advises utilities on environmental issues.

“We are trying to help meet the governor’s goal of reducing our CO2 footprint,” says Xcel spokesman Mark Stutz. Colorado Gov. Bill Ritter wants the state to slash carbon emissions 20% by 2020. Xcel, the USA’s No. 5 utility, hopes to shut down other coal generators, Stutz says.

•Georgia Power is among several utilities that plan to convert a coal plant to a biomass generator that burns wood chips.

Biomass has up to 50% less energy than coal, but the conversion is cost-efficient partly because Georgia Power plans to sell renewable energy credits to utilities in other states that have clean energy quotas. It also wants to diversify its fuel mix and is concerned about potential U.S. limits on CO2 emissions, says spokeswoman Carol Boatright.

DTE Energy Services plans to convert a coal plant in Cassville, Wis., to biomass next year. And Logansport Municipal Utilities in Indiana is studying a similar switch because coal prices have doubled this year, says Paul Hartman, superintendent.

•Minnesota Power is unwinding a contract to buy coal power from a North Dakota supplier and will instead build a wind farm in that state. By 2025, Minnesota utilities must get 25% of power from clean sources and are encouraged to cut their CO2 emissions 30%.

Coal is expected to play a key role in the USA’s energy future if a cost-effective way to capture and store plant CO2 emissions is developed. Yet about 70 planned coal plants have been canceled since last year on fears of global-warming legislation. The plant closings mark a new twist. To combat global warming, “we’re going to have to start turning over the fleet” of existing plants, says Sierra Club’s Bruce Nilles.