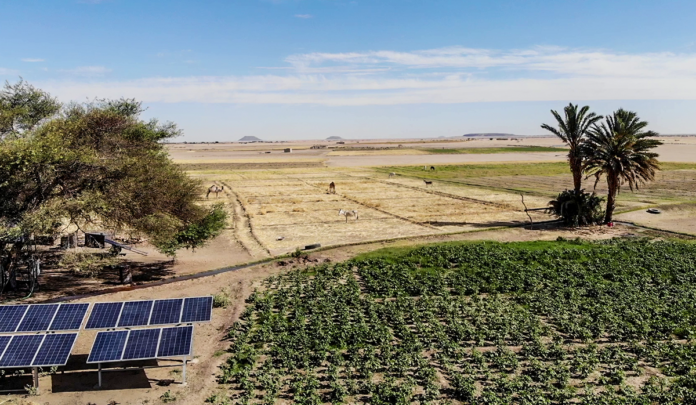 15 September 2020, KHARTOUM: “Providing sustainable, stable and affordable energy to the millions in Sudan who lack access is a development imperative,” said Khairy Abdelrahman Ahmed, Acting Minister of Energy and Mining.

Speaking today at the virtual launch of a UNDP report, Empowering Sudan: Renewable energy addressing poverty & development, the Acting Minister highlighted the report’s suggested policies and actions, which provide a roadmap to unlock the potential of sustainable and affordable renewable energy in Sudan and expand energy access.

“Energy plays a central role in poverty reduction, women’s empowerment, sustainable development and public health,” the Acting Minister continued, “the time is right to move from pilot projects to a full scale-up of these technologies. We look forward to working with international partners, the private sector and others to achieve Sudan’s renewable energy future.”

With 60% of Sudan’s population lacking access to electricity, the findings highlighted in the report – like the high potential for wind energy in Northern State, River Nile and Red Sea, and Sudan’s high levels of solar irradiance throughout the country – equate to renewable energy offering significant opportunites, and mitigtion against the threats of climate change.

Critically needed policy suggestions outined in the report include the development of a National Solar Fund – a mechanism to pool funds from national banks, Federal and state-level government, UNDP, and international donors to ensure low-cost solar technology loans are commercially viable and affordable – and improving energy-related data held by Government agencies to allow for better decision making regarding energy resources.

“Renewable energy, and further steps towards its expanded use, are critical to unlocking Sudan’s development potential, particularly in agriculture, tackling poverty and gender inequality, and empowering a new Sudan. Steps like a National Solar Fund are a concrete way to achieve this.”

The report was launched by the Acting Minister of Energy and Mining and Dr Ramachandran, alongside youth climate activist and journalist Lina Yassin and the General Director of Renewable and Alternative Energy, who joined sector leaders today for a virtual discussion of the reports findings.

To read the report, please visit: