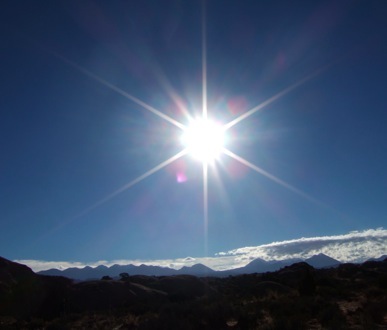 The world’s first MicroCSP Solar Thermal Plant was inaugurated on 10 December, 2009 by Sopogy

The inauguration took place at the Natural Energy Laboratory of Hawaii. This thermal energy project that spreads across 3.8 acres in the Kona desert is titled: “Holaniku at Keahole Point”. This title is derived from a Hawaiian term that refers to a location that is self-sufficient in all aspects.

In comparison to standard solar panels, the panels used in this project possess greater efficiencies through the usage of an integrated sun tracker, mirrors and optics. The unique thermal energy storage buffer helps in producing energy even under cloudy conditions and the energy produced during the day can be directed to evening periods. Thousand Sopogy proprietary MicroCSP solar panels are deployed in this 2-megawatt thermal energy project.

Darren T. Kimura, President and CEO of Sopogy, remarked that the completion of this solar thermal project is a critical initial step for the company in the introduction of its solar thermal solution to the entire world. Kimura also stated that MicroCSP is an achievement in the development of a cost effective, strong and modular solar thermal technology.

The state is now regarded as the center for the development of renewable energy projects as a result of introducing the Hawaii Clean Energy Initiative. Sopogy and Keahole Solar Power, the local solar project development partner of Sopogy, plan to provide the state with 30 megawatts of MicroCSP power by the year 2015.