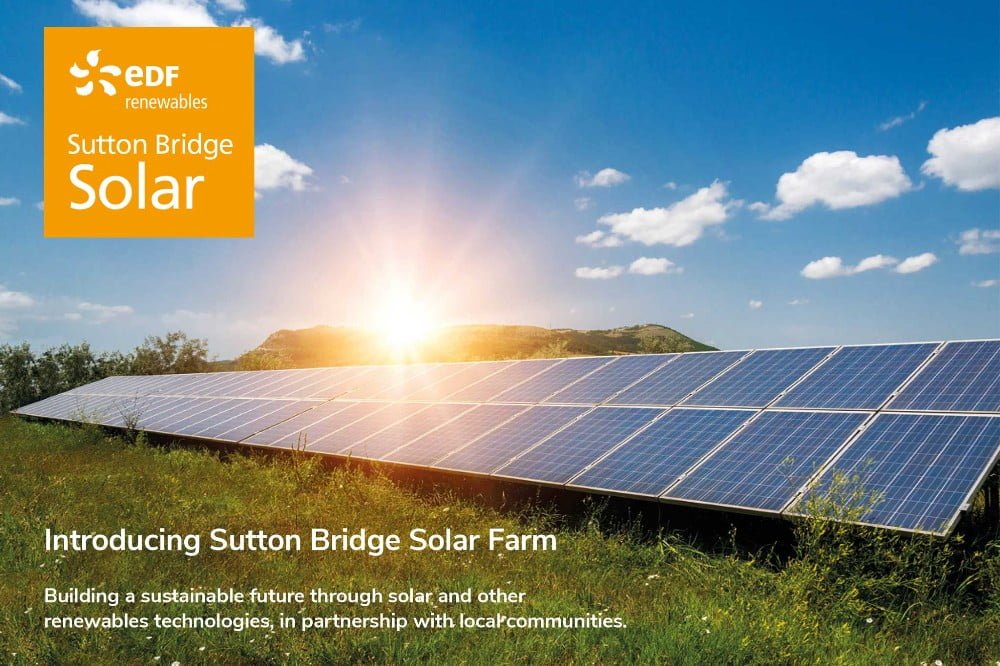 @WoRenewableshttps://worldofrenewables.com/author/worenewables/
Welcome to WoREA! You are in the right place to learn about all things renewable energy. As the new Chairman for the association, I would like to take this opportunity to firstly wish you well, congratulate you for being here, but above all else, thank you personally for your interest in renewable energy - we like you! Please feel free to submit your content and/or reach out to me personally. I am always interested in learning more about our members and the markets in which you work.

Planning consent has been given for EDF Renewables’ (EDF R) Sutton Bridge solar farm. South Holland District Council has given permission for the project to go ahead after a period of consultation with local people. This will be the first large scale solar project developed by EDF Renewables in the UK.

The 49.9 MW solar farm will be capable of generating enough low carbon renewables electricity for the domestic needs of 16,100 households* annually, saving around 21,000 tonnes** of carbon dioxide emissions each year.

EDF Renewables Head of Solar, Ben Fawcett said, “We are very pleased to receive planning consent for this project which we believe is a great site for solar as it is suitably sunny and has a nearby grid connection. Through additional planting, including native species hedgerows we will encourage biodiversity as well as reduce any visual impact of the
development.

“We are an experienced developer and we want to work with the communities in the local area to keep them up to speed on the progress of the project. We also want to discuss with local people the implementation of the community fund which will have a value of £10,000 every year once the project is up and running.

“Sutton Bridge is at the forefront of several solar projects we have planned in the UK. Our renewables projects will enable us to contribute to the UK’s green economic recovery from COVID-19 and help the country accelerate to a net zero future .”

The project team will now explore battery storage and the potential for future electric vehicle (EV) charging possibilities at the site too. Along with solar power, battery storage and EV rapid charging are both significant enablers for the UK’s goals to reach net zero by 2050.

EDF Renewables UK (www.edf-re.uk) is part of one of the world’s largest electricity companies and is a leading renewable energy operator and developer in the UK with nearly 600 MW in construction and 1 GW in operation including 35 onshore wind farms, 2 offshore wind farms and one of the largest battery storage units in Europe. There is almost 4 GW in development across wind, solar and battery projects.

The public consultation exercise was undertaken over summer 2020 and took account of Covid-19 restrictions. In addition to sending out information leaflets locally (which included a freepost feedback form), comments could be made in the online exhibition, and EDF R held meetings with local elected representatives, including discussing the proposal with the Sutton Bridge Parish Council.

The development will consist of rows of solar panels mounted on a rack of metal poles, typically 3.5m above the ground at the highest point on 118.3 hectares of land. There will be 2-6 meters between the strings of panels. The site entrance will be off the existing access road for the Sutton Bridge Power Station off Centenary Way, and connection
to the gird will be made at Walpole substation.

The surge in electric vehicles has created a need for effective lithium ion battery recycling in the UK. A solution is a step closer,...
Read more
Blogs & Opinion

The technology group Wärtsilä has today launched grid balancing technology - capable of ramping up to 10+ MW in two minutes - to bridge...
Read more