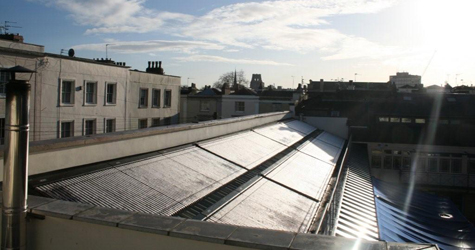 The RHI commences in 12 weeks (01 July 2011) and will create not only jobs, but also a new era for solar technology in the UK.

The RHI commences in 12 weeks (01 July 2011) and will create not only jobs, but also a new era for solar technology in the UK.

With lower set-up costs, higher energy production, and payments from the government for every kilowatt hour (kWh) produced, this could potentially give users free energy in both their home and business.

John Quinn, CEO and founder of London-based Surface Power, says that this RHI is a world breakthrough in government policy and is excited to announce this relationship with Solar Fusion.

“They are a highly innovative UK integrator of small, medium and large-scale commercial solar thermal systems. Their strong national presence in UK, coupled with our advanced solar hot water systems, will accelerate the deployment of world-class RHI installations on domestic and commercial rooftops in the UK,” he says.

“As a company focused on cost, performance and reliability, we are very happy to announce this partnership. As a leading solar hot thermal integration company, it’s important that we secure access to the most powerful solar thermal technology in advance of the RHI.

Kevin Edge, Technical Director of Solar Fusion added: “Surface Power’s innovative Thermal Power Point Tracking technology (TPPT) and fast and easy mounting systems are leading the way toward a clean energy future. Solar Fusion has placed itself in a leading position in the UK market for RHI due to securing this supply chain for our customers, especially housing associations, hotels, nursing homes or larger RHI investors.”

Surface Power is a global innovator and manufacturer of leading edge solar thermal technology, including its proprietary Thermal Point Power Tracking (TPPT) technology. This gives superior performance over legacy solar hot water products especially in cloud. It holds the highest certified performance for a solar thermal system and its systems hold some of the world’s toughest standards, such as SRCC and Energy Star. www.surfacepower.com

Solar Fusion is a leading integrator of domestic and commercial solar systems in the UK. Solar Fusion is active all across the UK by means of a network of agents and system experts, coordinated and supported by Solar Fusion headquarters in Bournemouth. In 2010, revenues grew to £8.8 million, and continue to grow at 28% per annum. http://www.solarfusionltd.co.uk