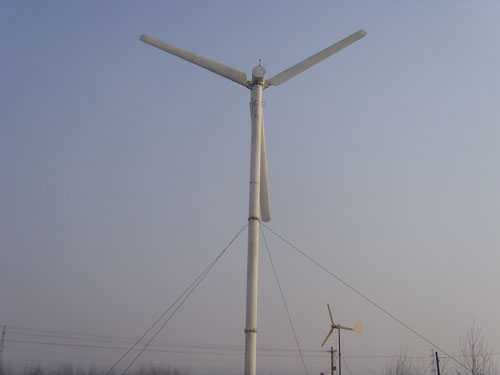 Wind turbines up to 15 metres high could be put up in industrial estates or farmland without planning permission under plans published by the government today.

Changes to the planning system would also make it easier for new solar roofs to go up on stadiums, schools and railway stations or for offices to be re-clad in solar panels, the Department for Communities and Local Government said.

But the new rules, which would also allow councils and electric car drivers to install charging points on streets and in car parks without a planning application, would come with strict caveats about size, noise levels and visual impacts on an area, the government said.

Installation of renewables ranging from ground and water source heat pumps, biomass boilers, anaerobic digestion system, solar panels and wind turbines could go ahead without planning permission in areas where they would be appropriate, with limits which would vary according to their location.

The overhaul of the planning system, which is being put out to consultation for three months, aims to help people cut their carbon emissions to fight climate change and deliver government commitments to boost renewables.

Housing minister John Healey said: “The people who want to greenproof their homes should get a helping hand, not a stop sign. At the same time we need tough rules so that permitted development does not become a nuisance, so I’m putting in place strong safeguards in relation to noise levels, size, location and the potential impact on an area.”

Energy minister Lord Hunt, added: “Our clean energy cashback scheme coming next year will mean people get paid to produce their own renewable energy. We can’t allow the planning system to get in the way of tackling climate change.”

Currently many householders wanting to add solar panels or wind turbines to their homes have to apply for planning permission with their local authority, despite government reforms of planning laws in 2008 (pdf) designed to make such “microgeneration” installations easier..

Danish wind turbine manufacturer Vestas this summer also blamed the closure of the UK’s only major turbine plant partly on UK planning laws. “It is clear there is a need for reviewing [planning laws] in the UK,” said Ditlev Engel, the company’s chief executive. “Nimbyism is also an issue.” In October, the British Wind Energy Association revealed (pdf) approvals by local authorities for small onshore wind farms are down to 25%, a record low and down from 63% in 2007.