Thin Film Photovoltaic Market Is Expected to Expand at ~28.36% CAGR During the Forecast Period 2023 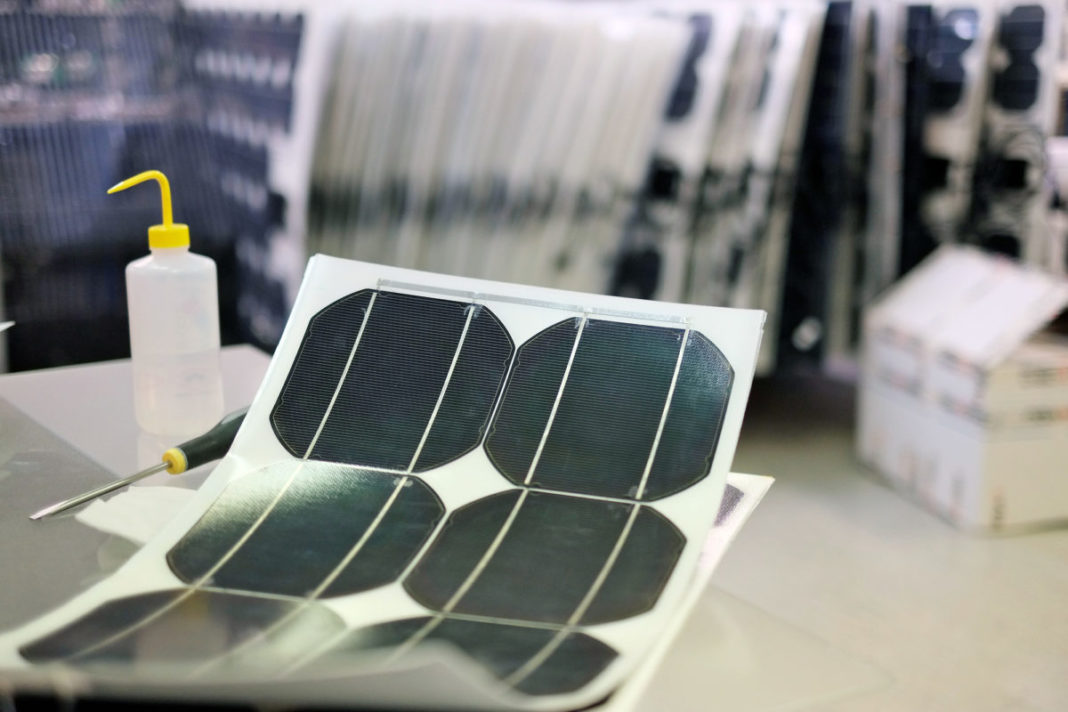 Solar power is emerging, as a highly demanded form in the renewable energy industry. Solar power is generated with the help of photovoltaics and concentrated solar panels. The emphasis on cutting down the carbon emissions has led the countries to increase the share of renewable energy in the electricity generation mix. Solar power sees maximum opportunities due to huge geographic potential and incentives and policies from the governments to promote clean energy generation.

Solar power has attained milestones in the last decade, with global generation reaching to approximately 100 GW, by the end of 2017. Solar photovoltaics are advantageous as they are quiet and are reliable for long term electricity generation without huge maintenance costs.

The demand for thin film photovoltaics is heightened by the increased demand for mass-production of energy due to the urbanization and transition of conventional energy to renewable energy, growing energy significant markets, and increasing demand for energy efficient solutions. Nations such as China, India, and South korea are the major requisitioners for renewable energy due to growing economic wealth and industrialization from the nations.

Besides, these nations are also the top air polluters through conventional fuel power plants. India has plans to increase the energy generation through renewables to 175 GW up to 2022. Out of these 100 GW is planned to be achieved through solar power source. The government is supporting solar power through various incentives to equipment providers and solar plant setters. China has evolved as the largest solar energy producing nation in the world. According to IEA, China represents half of global solar PV demand and Chinese companies account for 60% of total annual solar cell manufacturing capacity.

The thin film photovoltaics market is segmented on the basis of material, type, end-use and region. Based on the material segment, the market is classified as amorphous silicon, and cadmium telluride. Amorphous silicon segments is dominating the global thin-film photovoltaics market due to its global commercial availability. On the basis of type, the market is fragmented as organic and inorganic. Organic segment accounts for the largest market share owing to photoactive layers composed of donor and acceptor semiconducting organic materials to generate photocurrents thus organic photovoltaics have capability to capture huge amount of sun rays and convert them to electricity. . Based on end-user, the thin film photovoltaics market is segmented as residential, industrial, and commercial. Commercial sector is expected to dominate the market, owing to supporting policies and incentives that are provided by the governments.

Thin film photovoltaics market is expected to have a huge number of advancements over the forecast period owing to continuous developments in end-use industry coupled with rising demand from industries in the end-use sector. Multinationals and well-established companies in the market are also expected to have high expansion activities.

The global thin film photovoltaics market is expected to expand at ~28.36% CAGR during the forecast period.
Thin Film Photovoltaic (Thin Film PV) or photovoltaic film is a thin semiconductor device deposited on a plastic, glass, or metal foil substrate to create a solar energy receptor, producing power at the low cost per watt. In other words, after applying these films, any surface can convert sunlight into electric energy. Thin-film PV is very flexible and lightweight which lead to an array of powering scenarios, from golf carts to remote government sites.

Thin Film PVs are ideally installed in large-scale solar farms and Building Integrated Photovoltaic applications (BIPV) where these films benefit by generating reliable power supply, not only at elevated temperatures but also on cloudy, overcast days and at low sun angles.
Usages of thin film photovoltaic have proven to be far more efficient, cost-effective & practical way to increase the solar power generation. Owing to this efficacy, the market of Thin Film Photovoltaic is not only increasing but also perceiving escalating heights on the global platform.

Acknowledging the kind of traction gained by this market, Market Research Future (MRFR) has recently published a study report. In its report MRFR foretells that the global Thin Film Photovoltaic market is expected to grow exponentially by 2023, registering over 28% CAGR during the forecast period (2017 – 2023).

Market Segmentation
Global Thin film photovoltaic Market
The global thin-film photovoltaic market is anticipated to grow at a phenomenal rate during the forecast period due to increased concerns towards carbon footprint reduction, and emerging solar market. Solar energy is seen as an efficient alternative to conventional fossil fuels. Thus, the market leaders in solar energy are focusing on advancements in technology to administer competition to conventional energy market. Asia Pacific is one of the largest markets for solar inverter in the world. There is an increased demand for energy due to the growing population and rising disposable income in the region. Moreover, the rapidly growing economies in this region are also the top polluters in the world. South Asian countries such as China, India, are sunlight-rich countries. For an instance, Qinghai province in China, has an average sunshine of more than 3500 hours per year. These factors are driving the market for thin film photovoltaic from Asia Pacific region and hence it is projected to grow at an exceptional high rate by 2023.

MRFR team have supreme objective to provide the optimum quality market research and intelligence services to our clients. Our market research studies by products, services, technologies, applications, end users, and market players for global, regional, and country level market segments, enable our clients to see more, know more, and do more, which help to answer all their most important questions.

In order to stay updated with technology and work process of the industry, MRFR often plans & conducts meet with the industry experts and industrial visits for its research analyst members.

For more information on this press release visit: http://www.sbwire.com/press-releases/thin-film-photovoltaic-market-is-expected-to-expand-at-2836-cagr-during-the-forecast-period-2023-1105001.htm