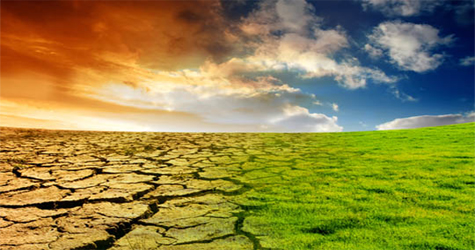 Advanced Biofuels, Concentrated Solar Power, and Solar Photovoltaic Power Are on Track to Change the Global Energy Landscape Far Earlier Than Many Assume.

For skeptics, alternative energy has long been more hype than genuine promise. Yet several alternative-energy technologies are approaching inflection points in their development, and the day when they could have a profound impact on the global energy landscape could come far sooner than is commonly assumed, says a new report from The Boston Consulting Group (BCG).

• Can it achieve cost competitiveness with conventional energy by 2020 and be economically viable without subsidies?

• Can it overcome barriers to rapid adoption once cost competitive?

• Can it reach penetration levels by 2025 that disrupt the status quo?

Among the report’s key findings:

• Advanced biofuels, CSP, and solar PV will see accelerating adoption and growth and are on track to change the global energy mix far earlier than is often assumed. Their costs are falling rapidly, and they are on the path to becoming cost competitive within the next five to ten years, if not sooner.

• Onshore wind power will see steady adoption and continued growth. It is already cost competitive with conventional energy sources in some instances, and its costs will continue to fall. Without breakthrough declines in energy storage costs, however, the inherent challenges posed by the intermittent nature of onshore wind and solar PV will limit their ultimate penetration.

• EVs will also see steady adoption, becoming economically attractive for lead segments by 2020. But broader adoption will require significant declines in battery costs. Major infrastructure and other hurdles will also have to be overcome.

• In contrast to onshore wind, offshore wind will struggle to move beyond purely subsidy-driven growth. Offshore wind’s overall adoption will be slow except in a few countries willing to continue heavy subsidies.

• Clean coal through CCS will have very slow adoption and won’t be viable for the next decade or two. The technology is vital for cutting carbon emissions from coal-fired power plants. But it will develop slowly for a number of reasons, including slow progress toward demonstrating large-scale viability and moving down the cost curve.

“There is no question that conventional energy sources will constitute the bulk of the world’s energy for at least the next couple of decades,” said Balu Balagopal, a Houston-based senior partner at BCG and a coauthor of the report. “But a few of these green-energy technologies will make their presence felt very likely within the next few years. Their costs are falling quickly and significantly, pushing them closer to where they can compete on price—without subsidies—against fossil-fuel-based sources.”

As they become more cost-competitive, “their adoption will be constrained more by barriers such as the need for new supporting infrastructure. However, we believe these barriers will likely prove surmountable,” added Balagopal.

The report concludes with a discussion of the implications of these findings for oil and gas companies, utilities and power producers, emerging alternative-energy pure-play companies, industrial suppliers, and governments.

“Even in the relatively slow-moving energy industry, there are cautionary examples of how quickly fundamental assumptions can be overturned,” said Justin Rose, a Chicago-based principal and a coauthor of the report. “Shale gas in the United States and the adoption rate of flexible-fuel vehicles in Brazil come to mind. Companies need to be prepared for the opportunities as well as the risks.”

But the technologies are far from uniform in their near- to medium-term prospects, noted Petros Paranikas, a Chicago-based partner and a coauthor of the report. “It’s vital that companies, governments, investors, and other stakeholders in the energy ecosystem understand the differences among them, revisit assumptions, and redraw outdated plans and timetables. Making the wrong decisions in this space could prove costly.”

To receive a copy of the report or to arrange an interview with one of the authors, please contact Eric Gregoire at +1 617 850 3783 or gregoire.eric@bcg.com.

About The Boston Consulting Group

The Boston Consulting Group (BCG) is a global management consulting firm and the world’s leading advisor on business strategy. We partner with clients in all sectors and regions to identify their highest-value opportunities, address their most critical challenges, and transform their businesses. Our customized approach combines deep insight into the dynamics of companies and markets with close collaboration at all levels of the client organization. This ensures that our clients achieve sustainable competitive advantage, build more capable organizations, and secure lasting results. Founded in 1963, BCG is a private company with 70 offices in 41 countries.