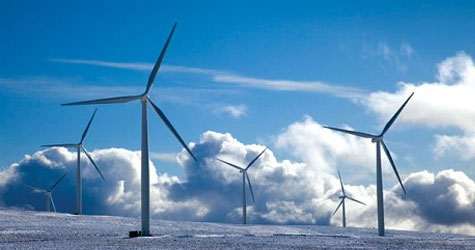 LONDON (Reuters) – Together, the companies are expecting to start “raising between $3 and $5 billion in the next few months, with China Development Bank to put an as-yet-undefined amount into the fund, a person familiar with the situation said.”

This new move is giving Terra Firma the opportunity to repair its somewhat tarnished reputation after losing EMI to Citigroup last year. It may be able to do so by refocusing on important core investments in areas like energy and infrastructure.

There are three large renewable energy companies that are already owned by Terra Firma, so this move isn’t out of nowhere. The company Infinis that harvests landfill gas, the U.S. wind farm group EverPower, and Italy’s leading solar power generator Rete Rinnovabile have been under Terra Frima’s ownership and have been performing well, and the company has already done many successful deals in the utilities industry.

Creating this new fund clearly shows that Terra Firma has confidence in the continued growth of renewable energies even after some governments have chosen to reduce their subsidies in the wake of the ongoing financial crisis.

“Such cuts have not much dented the investment picture overall and global spending on renewable energy reached $257 billion in 2011, according to a report according from the United Nations Environment Programme and the Renewable Energy Policy Network for the 21st Century, nearly the total in 2007.”

There has been a growing number of large private equity firms investing in renewable energy deals; including the firms KKR and Blackstone, along with mid-sized rivals HgCapital and Bridgepoint.

China Development Bank is planning to market the new fund to investors in China, and Terra Firma will pursue investment in the United States and Europe amongst “traditional private equity investors and infrastructure fund investors,” Reuters reports.

“Terra Firma, whose last investment was the 825 million pounds ($1.3 billion) purchase of care homes operator Four Seasons in April, put plans to launch a buyout fund on ice earlier this year after scant interest from its private equity investors.”