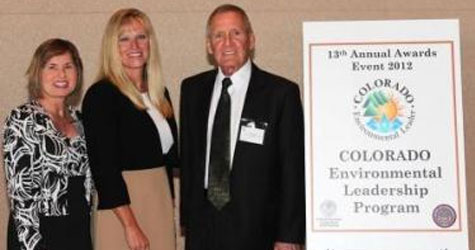 As North America’s largest solar inverter manufacturer, SMA is committed to improving the environment and promoting clean energy use. This recognition is a testament to the company’s core values and role as a key player in the solar industry.

“SMA is proud of its production team for showing dedication to quality and environmentally-friendly practices,” said Scott Crabtree, general manager of SMA America Production. “Denver has proven to be an ideal location for our production facility, which is integral to SMA’s success, and we are honored to receive recognition from Colorado’s Department of Public Health.”

The statewide environmental recognition program acknowledges companies and organizations that voluntarily go above and beyond standard compliance with state and federal regulations to show commitment to environmental improvement.

“As a leader in the solar industry, SMA is a great example of an organization that works to improve the environment in Colorado,” said Lynette Myers, administrator of the Colorado Environmental Leadership Program. “We are grateful to have innovative, environmentally conscious companies like SMA in our business community.”

The SMA production site holds International Organization for Standardization (ISO) certifications to both ISO 9001:2008 and ISO 14001:2004 standards. ISO 9001 addresses the fundamentals of quality management systems, while ISO 14001 focuses on environmental management systems. Certification to both standards enables SMA to provide the highest quality products and services and ensures that the company’s procedures are efficient and mindful of the environment.

The SMA Group generated sales of €1.7 billion in 2011 and is the global market leader for solar inverters, a key component of all PV plants. It is headquartered in Niestetal, near Kassel, Germany, and is represented in 21 countries on six continents. The Group employs more than 5,500 people worldwide, plus a number of temporary employees that varies on a seasonal basis. SMA’s broad product portfolio includes a compatible inverter for every type of module on the market and for all PV plant sizes. The product range includes inverters both for grid-connected PV plants and for off-grid systems. SMA can therefore provide an ideal inverter solution for all plant sizes and types. Since 2008, the Group’s parent company, SMA Solar Technology AG, has been listed on the Prime Standard of the Frankfurt Stock Exchange (S92) and also in the TecDAX index. In recent years, SMA has received numerous awards for excellence as an employer and in 2011 and 2012 achieved first place in Germany’s nationwide Great Place to Work® competition. www.SMA-America.com/www.SMA-Canada.ca