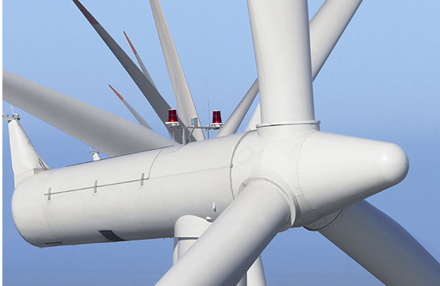 Market share to be doubled – recent orders valued at over €500 million.

As it profits from ongoing growth in the emerging nations, Siemens is seeking to significantly expand its investment in India. Experts forecast that the Indian economy, for example, will grow seven percent in 2010 and eight percent the following year. “India is already one of the growth drivers worldwide and will remain so in the future. We’ve been optimally positioned here for over 140 years and intend to further strengthen our position,” said Peter Löscher, President and CEO of Siemens AG in New Delhi, where the entire Siemens Managing Board met for the first time ever. Over the next three fiscal years through 2012, the company intends to invest more than €250 million in the country, thereby doubling its current annual investments. A major part of this will be invested in renewable energy and value-priced products business. The company also wants to increase its market share in India to ten percent by the year 2012. With recently signed orders totaling over €500 million, primarily for energy technology, Siemens is well on its way.

The country’s power supply is of particular concern to the Indian government. Currently about 30 percent of India’s population has no access to power, which is why the Indian government is planning to add 150 gigawatts over the next seven years – an amount equal to Germany’s entire installed capacity. In addition, 20 percent of the energy mix should be generated from renewable sources by the year 2020. “Like many other nations around the globe, India is facing a green revolution. We have the products and solutions for the country and we want to further expand our position as a green infrastructure provider in India,” said Löscher. One Siemens project involves an investment of approximately €70 million in the construction of a wind turbine factory in India by 2012. The first turbines are scheduled to leave the plant in a little over two years.

Siemens also intends to invest in its value-priced products business. Six new centers of competence for value-priced products from all Siemens Sectors will be established in India by the end of 2010. Plans call for the centers to manufacture a number of various products, including new products in the area of signaling technology as well as steam turbines. These centers will also beresponsible for the entire value chain, from product design, development and production to sales and marketing in India and abroad. “India will become a major center for value-priced products. By the year 2020, we intend to generate revenue of about €1 billion with these products – both within the borders of India and beyond,” said Armin Bruck, CEO of Siemens Ltd., the Siemens Regional Company in India.

Siemens has already started off strong in India in the new fiscal year 2010. In recent weeks, the company signed orders totaling more than €500 million. In the next few years, Siemens will deliver power distribution technology to its customers Qatar General Electricity & Water Corporation and Power Grid Corporation.

Siemens AG (Berlin and Munich) is a global powerhouse in electronics and electrical engineering, operating in the industry, energy and healthcare sectors. For over 160 years, Siemens has stood for technological excellence, innovation, quality, reliability and internationality. The company is the world’s largest provider of environmental technologies, generating €23 billion – nearly one-third of its total revenue – from green products and solutions. In fiscal 2009, which ended on September 30, 2009, revenue totaled €76.7 billion and net income €2.5 billion. At the end of September 2009, Siemens had around 405,000 employees worldwide. Further information is available on the Internet at: www.siemens.com.