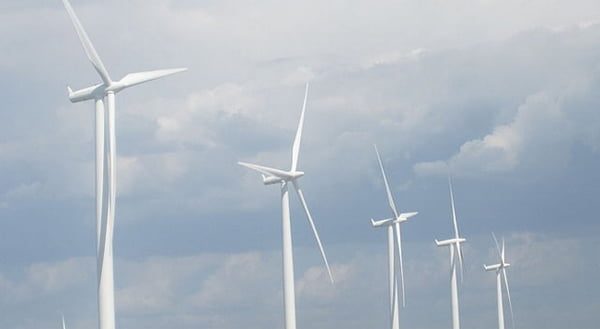 The President of Chile, Michelle Bachelet, said “I’m very happy to be here today because this project is important for our present and future energy needs.  El Arrayán is the biggest wind farm in Chile and we are pleased at what we can achieve when we use the natural resources the earth has to offer. This project is another step toward meeting our energy agenda objectives.  We want to have 45% of our energy come from clean energy resources by 2025.”

“Through this partnership, we have combined our financial and management skills to be part of the solution to one of the major challenges facing our country and the mining industry, which is the generation of clean energy sources,” said Jean-Paul Luksic, Chairman of Antofagasta Minerals SA.

“We are honored to be joined at the project site by Madam President as we celebrate the opening of the country’s largest wind facility,” said Mike Garland, CEO of Pattern Energy. “Chile is a great market because of the President’s strong support for renewable energy policies, the country’s strong, stable economy and excellent natural wind resources, which can supply domestic energy to the country. We are also especially pleased to be here with our strong partner AMSA, which is demonstrating to the world that a global mining company can be a leader in clean, domestic energy.”

The El Arrayán Wind facility, which completed construction in June, will generate clean, renewable power equal to the needs of approximately 200,000 Chilean homes each year, according to the World Bank. The facility is utilizing 50 Siemens 2.3 MW wind turbines, which Pattern Energy is also using at other wind projects in Canada and the United States.

Pattern Energy owns 70% of the El Arrayán Wind facility, which it also operates. AMSA owns the remaining 30% minority stake. The project sells approximately 70% of its output to Minera Los Pelambres through a long-term fixed-for-floating hedge.  The facility sells its remaining output into the Chilean spot market at the prevailing market price at the time of sale.  In addition to its minority interest in the facility, AMSA is the controlling party of Minera Los Pelambres.

El Arrayán Wind connects to the Sistema Interconectado Central’s 220kV transmission system. The facility is located on approximately 15,320 acres of coastal land on a long-term lease with a single landowner.

Approximately 200 jobs were created during construction, as well as up to 15 ongoing permanent positions. The project was constructed by Skanska Chile SA, a subsidiary of Skanska AB and one of the leading wind-focused construction firms in Chile.

Compared to generation from a coal-fired power plant, the electricity produced annually by El Arrayán Wind will offset more than 300,000 metric tons of carbon dioxide, the equivalent to the annual carbon footprint of an estimated 70,000 Chileans, and will conserve enough water to meet the needs of more than 11,000 Chileans, according to statistics from the International Energy Agency, the World Bank and the U.S. Energy Information Administration.

Pattern Energy Group Inc. (Pattern Energy) is an independent power company listed on the NASDAQ (“PEGI”) and Toronto Stock Exchange (“PEG”). Pattern Energy has a portfolio of eleven wind power projects, including one project it has agreed to acquire, with a total owned interest of 1,472 MW, in the United States, Canada and Chile that use proven, best-in-class technology. Pattern Energy’s wind power projects generate stable long-term cash flows in attractive markets and provide a solid foundation for the continued growth of the business. For more information, visit www.patternenergy.com.

Certain statements contained in this press release constitute “forward-looking statements” within the meaning of the Private Securities Litigation Reform Act of 1995 and “forward-looking information” within the meaning of Canadian securities laws, including statements regarding the number of homes for which the facility will generate clean renewable power, the metric tons of carbon dioxide the facility will offset, and the water conservation of the faclity.

These forward-looking statements represent the Company’s expectations or beliefs concerning future events, and it is possible that the results described in this press release will not be achieved.