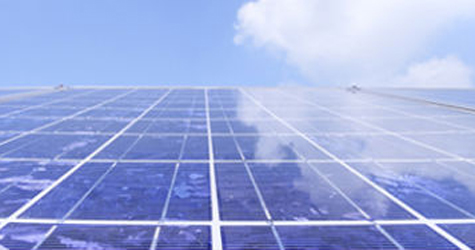 Phoenix Solar AG (ISIN DE000A0BVU93), a leading photovoltaic system integrator listed in Prime Standard of the Frankfurt Stock Exchange, today announced, that the US subsidiary of the company, Phoenix Solar Inc., built a strategic alliance with Silicon Ranch Corporation to develop and construct solar photovoltaic power plants in Tennessee and the Southeast. The companies said their first 1.4 megawatt project in the city of Pulaski, Tennessee will be the largest privately owned solar installation in the state. Phoenix Solar, with support from Chapel Electric, has begun construction on the Pulaski solar plant. Phoenix Solar will also provide long-term Operation and Maintenance support to monitor and optimize the plant’s ongoing energy production.

The ground-mount solar power project is the centerpiece of a plan by Silicon Ranch to develop the “Pulaski Energy Park,” which in addition to the operating power plant will also include a solar training campus consisting of administrative, classroom and service buildings. To build the “Pulaski Energy Park,” Silicon Ranch has acquired ten hectare at the Pulaski Industrial Park.

Matthew Kisber, Silicon Ranch President and CEO, said, “Developing a solar facility in Pulaski will bring tremendous economic, environmental and social advantages to the region. Our intent is to provide low-cost solar energy with a focus on creating green jobs and increasing capital investments in clean energy here in our state.”

Reagan Farr, Silicon Ranch Vice Chairman and Chief Operating Officer, said, “Silicon Ranch selected Phoenix Solar as a joint development partner because of its reputation for world-class design and engineering as well as its impressive track record of building and operating solar plants around the globe. We have already benefited from this experience on the Pulaski plant, through Phoenix Solar’s comprehensive and thorough engineering, design and construction approach.”

Paul J. Caudill, CEO and President of Phoenix Solar Inc. said, “Silicon Ranch is helping speed the adoption of solar power in Tennessee, and we are proud to be their partner.”

Dr. Andreas Hänel, Chief Executive Officer of Phoenix Solar AG, commented as follows: “As part of the process of internationalising our business we made the decision back in 2010 to found a subsidiary in the US. This is now bearing the first fruits in our cooperation with Silicon Ranch. The US is set to become the world’s largest photovoltaic market in the years ahead. There are already signs of more large projects which we will be able to realise through our team in the US in the customary quality.”

This is an English translation of the German original. Only the German version is binding.

About Phoenix Solar AG
Phoenix Solar AG, which has its headquarters in Sulzemoos near Munich, is a leading international photovoltaic system integrator. The Group achieved total revenues of EUR 636 million and an EBIT of EUR 36.4 million in the financial year 2010. The company develops, plans, builds and takes over the operation of large-scale photovoltaic plants and is a specialist wholesaler for complete power plants, solar modules and accessories. The Group is a leader in photovoltaic system technology. It focuses on the consistent lowering of system costs. With a sales network throughout Germany, and subsidiaries in Spain, Italy, Greece, France, Singapore, Malaysia, Oman, Australia and the United States of America, the Group currently has a workforce of more than 400 employees. The shares of Phoenix Solar AG (ISIN DE000A0BVU93) are listed on the official market (Prime Standard) of the Frankfurt Stock Exchange.