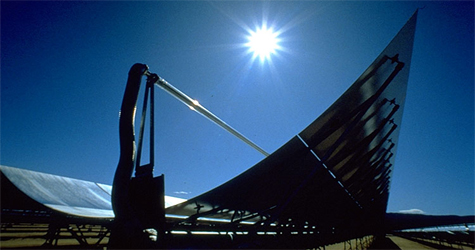 According to New Report by Global Industry Analysts, Inc.

Thermal power generation worldwide is poised for a staggering growth in the medium-to-long term, with demand likely to expand a whopping 62% by 2030 from the present level. Several countries across the world have already liberalized or are in the process of liberalizing their electric power markets through opening up of wholesale markets and also to some extent in retail markets. Effective mobilization of resources from private sector for the development and expansion of power sector drive the liberalization process in developing countries, while consistent pressures to reduce costs and prices of electricity force developed countries to deregulate their electricity markets. Coal continues its dominance as a major fuel source in the worldwide electricity generation, and hence in thermal power generation. However, natural gas is slowly making inroads at the cost of coal.

Asia-Pacific and US represent global leaders, capturing a major share of the worldwide thermal power market. China is one of the largest and fastest growing markets for electricity, and is already recognized as the largest producer of thermal power worldwide. Although Asia-Pacific represents high growth potential, scarcity of water resources in Asia-Pacific region is forcing several countries to opt for development of thermal power generation or other renewable sources of energy. The efforts of major markets in Latin America to diversify their fuel sources, which rely heavily on hydropower, plays a major role in increasing preference for thermal power generation.

Overcoming the hot springs of global recession, worldwide power generation sector is bracing for a bright outlook. High-efficiency combined-cycle gas turbines sector is the new frontier of gas and steam turbine markets as the industry gears for the next level of power generation – pollution free power. The developments include efforts by companies around the globe to use the technology of clean coal (capturing and storing CO2) for power generation, as part of initiatives to measure up to the stringent Kyoto protocol norms. These efforts form a part of an objective to lessen environmental damage by using low cost fuel. Newer and environmentally safer technologies are being developed to lower harmful emissions from coal-based power plants. Escalating fuel prices and government initiatives to use sustainable energy sources is expected to boost the demand for nuclear as well as renewable energy for electricity generation in the coming years. Consumption of natural gas for electricity generation on a global basis is expected to increase from 32% in 2008 to 34% by 2020. In the US, natural gas production is expected to increase in the near future owing to advances in hydraulic fracturing and horizontal drilling technologies. The global solar thermal power market is growing at a rapid pace with construction of projects worth 1.1 GW power generation capacity under progress and planned capacity addition of another 13 GW proposed through 2014.

The global thermal power generation witnessed a gradual decline in growth rate for the years 2008 and 2009 and beyond, after registering upswing in growth rates for the past several years. The market suffered slowdown in growth leading from the recession in late 2008, recording dampened development prospects in several major economies across the globe. Hydroelectric and nuclear power plants were the worst affected as the demand fell by a huge 40% for the period. Orders for new power plants in several economies weakened by about 20% due to fall in global energy consumption and simultaneous slowdown in demand. The economic slowdown also resulted in considerable decline in prices of coal and natural gas, which are the main sources of thermal power generation. With economic recovery progressing very gradually, the coal and natural gas-based power plants will take some time to be back in their natural element and witness pre-crisis level growth.

Asia-Pacific represents the single largest market for thermal power generation, as stated by the new market research report on Thermal Power. The US and Europe trail closely as the next important markets worldwide for thermal power. Asia-Pacific, clearly led by China and India forecast to record the fastest growth in electricity generation through 2015 at a CAGR of about 4.9%. Changing lifestyles, growing population, and increasing efforts in majority of countries to enhance the electrification rates are considered prime growth drivers in the region.