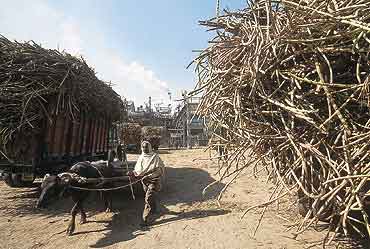 Even before his company completed nine years of operations, it has set up 22 sugar factories across India’s sugar belt. Despite tough times faced by a large number of sugar factories in Maharashtra, Shahaji Bhad-owned S S Engineers clocked a turnover of Rs 300 crore last year. The Sugar Technologists’ Association of India recently awarded its lifetime achievement award to Pune-based Bhad for his achievements in the small and medium enterprises sector. Bhad discusses the future of his enterprise with Kaustubh Kulkarni. Edited excerpts:

The Indian sugar industry frequently experiences ups and downs. How do you cope with such fluctuations in the market?
Being a medium-scale enterprise, we have to be very careful while planning our business. In India, sugarcane production planning is done by individual farmers, which is not the case in most of the advanced countries. In the year 2008-09, we saw heavy sugarcane plantation and this year, it has gone down by at least 30 per cent. Our business is directly dependent on sugarcane production. Therefore, we avoid increasing our overheads and maintain a low-cost mechanism to ensure profitability.

What techniques do you implement to keep overheads under control?
We do a lot of sub-contracting in the case of manufacturing. If we receive a contract to set up a sugar factory, we outsource up to 60 per cent of the manufacturing work, while the designing and planning is done in-house. This ensures higher efficiency and lower costs. Hence, during boom times, we manage to meet demand through sub-contracting, and finish projects ourselves in slack times.

How has your business grown in India? Have there been any recent developments?
We started as a sugar factory equipment maker in the year 1988. However, the operations were very limited then. In the year 2000, we launched SS Engineers as a manufacturer and developer of sugar factories. Since then, we have set up 22 sugar mills in Maharashtra, Uttar Pradesh, Karnataka, Haryana, Andhra Pradesh and Madhya Pradesh. Last year, we set up three sugar mills of 6,000 TCD capacity (tonnes of crane crushed per day) in Uttar Pradesh for India’s largest sugar producer Bajaj Hindustan Ltd.

Where will the growth come from in the future?
The Indian sugar industry is heading towards maturity. Almost all the regions where sugarcane is grown have operational sugar mills. Hence, the next big business opportunity will come in the maintenance and upgradation segment. Also, most sugar mills are opting for electricity co-generation projects. This is a big region where we will have business opportunities.

How do you plan to increase your business in a saturated market?
Future growth will come from foreign markets. We have already supplied equipment in Fiji, Nepal and the United States of America. In future, South Africa will emerge as a major sugar producer in the world. We have already initiated discussions with possible clients from South Africa.

We expect to get orders from this country over the next five years.