Enel Green Power North America, Inc. signed an agreement to purchase, from a GE Capital subsidiary, an additional 26% of the company operating the 250

Enel Green Power North America, Inc. signed an agreement to purchase, from a GE Capital subsidiary, an additional 26% of the company operating the 250 MW Buffalo Dunes wind farm, located in Kansas, for approximately 60 million US dollars.
The transaction will be closed following approval by the Federal Energy Regulatory Commission.
Rome-Boston, May 12th, 2014 – Enel Green Power North America, Inc. (“EGP-NA”), a subsidiary of Enel Green Power S.p.A. (“Enel Green Power”), signed an agreement to purchase an additional 26% of the “Class A” interests in “Buffalo Dunes Wind Project, LLC”, the company operating the 250 MW Buffalo Dunes wind farm, from EFS Buffalo Dunes, LLC, a GE Capital subsidiary, for approximately 60 million US dollars.
The option to purchase the additional interests was provided for in the original agreement between EGP-NA and the GE Capital subsidiary. The transaction will be closed following approval by the Federal Energy Regulatory Commission. After closing, EGP-NA will own 75% of the “Class A” interests of the company operating the wind farm, while the GE Capital subsidiary will remain as an investor with a 25% stake.
Francesco Starace, CEO of Enel Green Power, commented: “The full consolidation of our “Buffalo Dunes” wind farm will bring Enel Green Power’s installed capacity in North America to almost 2 GW, once again confirming EGP-NA as one of the top wind power players in the United States. We are committed to pursue further growth in this key market, across all main renewable technologies.”
The Buffalo Dunes wind farm, located in Finney, Grant and Haskell Counties, Kansas, has been operational since December 2013 and was the largest wind project in the United States to start operation last year. The plant required a total equity investment of approximately 370 million US dollars and is supported by a long term power purchase agreement (“PPA”).
In July 2013, Enel Green Power North America Development, LLC and EFS Buffalo Dunes, LLC signed a capital contribution agreement with a syndicate led by JPM Capital Corporation, including Wells Fargo Wind Holdings LLC, Metropolitan Life Insurance Company and State Street Bank and Trust Company, whereby the syndicate funded approximately 260 million US dollars to the project.
Enel Green Power is the Enel Group company fully dedicated to the development and management of renewable energy sources at the international level, with operations in Europe and the Americas. The company generated over 29 billion kWh in 2013 from water, sun, wind and the Earth’s heat – enough to meet the energy needs of more than 10 million households and avoid the emission of around 16 million tonnes of CO2 into the atmosphere. Enel Green Power is a world leader in the sector thanks to its well-balanced generation mix, providing generation volumes well over the sector average. The company has an installed capacity of approximately 8,900 MW from a mix of sources including wind, solar, hydroelectric, geothermal, and biomass. The company has approximately 750 plants operating in 16 countries in Europe and the Americas.
Enel Green Power in USA – Enel Green Power (EGP) operates in North America through Enel Green Power North America, Inc. (EGP-NA), which owns and operates over 90 plants in 21 US States and two Canadian provinces with a total installed capacity of around 2,000 MW as of today. Such a capacity base is diversified across four generation technologies, namely wind, geothermal, solar and hydro.
Onshore WindWind Energy
Share
0
FacebookTwitterPinterestEmail

Neste increases the use of renewable electricity at its Porvoo refinery in...

This site uses Akismet to reduce spam. Learn how your comment data is processed.

Major Hurdle to Widespread Solar Panel Installation Solved by OXECO...
Ørsted, Falck Renewables, BlueFloat Energy consortium team up with Scottish...
Energy suppliers must adapt to meet consumer calls for transparency,...
COP26: Firms to be forced to show how they will... 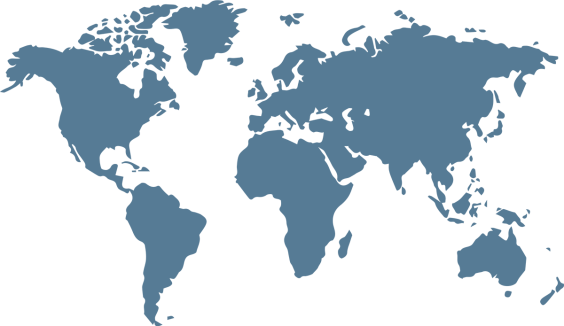 @2021 - All Right Reserved. Designed and Developed by PenciDesign

This website uses cookies to improve your experience. We'll assume you're ok with this, but you can opt-out if you wish. Accept Read More