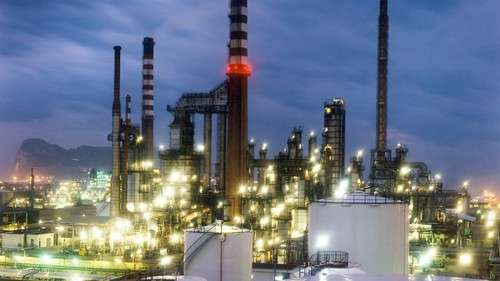 The European Investment Bank (EIB) is to support CEPSA’s commitment to reduce the environmental impact of its activities by financing a globally pioneering R&D project to increase the sustainability of its petrochemicals operations. To this end, the EU bank has granted a €60 million Investment Plan for Europe loan to the company on favourable terms. The agreement was signed in Madrid by EIB Vice-President Emma Navarro and CEPSA CEO Philippe Boisseau.

The EIB-financed investment will be used to install the Detal system, a state-of-the-art technology created by CEPSA and specialised technology company UOP (Universal Oil Products) to produce linear alkylbenzene (LAB), the most commonly used raw material for the production of biodegradable detergents internationally. This technology improves the efficiency of the manufacturing process and cuts CO2 emissions and water and electricity use. It also optimises the production process as it both reduces waste and enables much of it to be reused. Lastly, this technology delivers major safety improvements.

The EIB will monitor the implementation of this project, which CEPSA plans to complete in mid-2020, as part of its goal to move towards a more efficient and sustainable productive model.

The agreement was made possible by the Investment Plan for Europe, which enables the EIB to support investments fostering innovation, economic growth and employment. During the implementation phase, CEPSA estimates that this project will create around 250 (mostly local) jobs, peaking at 400 jobs, and will help to safeguard CEPSA’s 3 600 direct and 2 600 indirect positions in Andalusia.

At the signing ceremony in Madrid, EIB Vice-President Emma Navarro highlighted the fact that this project “will help a Spanish multinational to lead the petrochemical industry towards a more environmentally friendly model. With this agreement, the EIB is contributing to the achievement of the EU’s climate and environmental objectives by supporting investments enabling CEPSA to develop new innovative and resource-efficient production processes. We are pleased that these cutting-edge technologies are being installed at a factory in Andalusia, helping to create jobs and foster social and territorial cohesion.”

Paolo Gentiloni, European Commissioner for the Economy, said: “A central message of the European Green Deal Investment Plan I presented in January is that all actors must play their part to make the climate transition a success. This agreement signed with CEPSA is a tangible example of how Europe can support companies’ efforts to become greener and more energy efficient – while leading the way in innovation.”

CEPSA CEO Philippe Boisseau added: “We are grateful for all of the EIB’s support and for its interest in moving towards safer and more sustainable industrial processes. This project will not only enable us to reduce the impact of our operations (a priority for CEPSA), but also to improve the quality of our output and increase the versatility of the San Roque plant, adapting to the specific requirements of each customer and strengthening international competitiveness. Without a doubt, it is our experience and capacity for innovation in this sector that has enabled us to tackle such a unique project.”

The European Investment Bank (ElB) is the long-term lending institution of the European Union owned by its Member States. It makes long-term finance available for sound investment in order to contribute towards EU policy objectives.

The Investment Plan for Europe, known as the “Juncker Plan”, is one of the European Commission’s top priorities. It focuses on boosting investment to generate jobs and growth by making smarter use of financial resources, removing obstacles to investment, and providing visibility and technical assistance to investment projects.

The European Fund for Strategic Investments (EFSI) is the main pillar of the Juncker Plan and provides first loss guarantees enabling the EIB to invest in more, often riskier projects. The projects and agreements approved for financing under EFSI are expected to mobilise more than €458.8 billion in investment – including €49.8 billion in Spain – supporting over 1 million start-ups and SMEs across the 28 EU Member States. Juncker Plan-supported investments have increased the EU’s GDP by 0.9% and created an additional 1.1 million jobs compared to the reference scenario. By 2022, the Juncker Plan will have increased EU GDP by 1.8% and have created 1.7 million additional jobs.

More information on the results of the Investment Plan for Europe is available here.