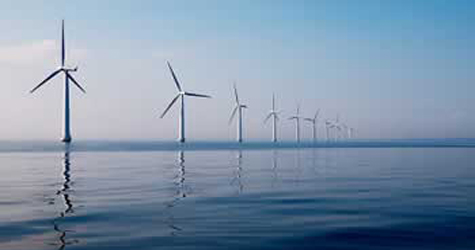 <!–[if !supportLists]–>· <!–[endif]–>SeaEnergy to receive a total of £38.8 million, £30.7 million for its SERL shares and £8.1 million through the repayment of group debt owed by SERL to SeaEnergy. Additionally, Repsol will fund SERL to allow the repayment of all other loans outstanding by SERL at the time of completion of the Disposal, amounting to approximately £3.2 million;

<!–[if !supportLists]–>· <!–[endif]–>Demonstrates SeaEnergy’s success in building a business worth approximately £50m in just under three years, from its conception in 2008;

<!–[if !supportLists]–>· <!–[endif]–>Disposal includes a Strategic Co-operation Agreement between EDPR and SeaEnergy to seek opportunities for mutual collaboration in relation to the supply by SeaEnergy Marine of operations and maintenance vessels, field infrastructure and equipment installation vessels for offshore wind farms, and any other areas that may arise in the future;

<!–[if !supportLists]–>· <!–[endif]–>Disposal proceeds will allow SeaEnergy to accelerate the development of the opportunities it has identified in the marine renewables technology solutions industry, through its subsidiary SeaEnergy Marine, benefit from the UK offshore wind sector by partnering with experienced offshore wind companies, and

Steve Remp, Executive Chairman of SeaEnergy said: “This deal shows how SeaEnergy uses early mover advantage to create value from new opportunities. We created a business out of nothing but a concept, and three years later it has been valued at £50m. The time is right for us to capitalise on this success. This deal allows us to continue to participate in the fast-growing UK and European offshore wind markets, and to build on our enviable track record of working with some of the world’s biggest companies. “We believe that our nascent Marine business has a unique vessel concept that will make a material difference to the commercial economics of offshore wind. We look forward to pursuing this exciting opportunity, and to seeking out other projects to leverage our expertise.”

SeaEnergy Marine has been in development for 12 months as a result of the Company’s efforts to identify complementary opportunities which offer potential cash generation in the near term. A proportion of the proceeds from the Disposal are intended to be applied to take SeaEnergy’s marine services business to the next stage.

The Company believes that a significant opportunity exists as a result of the large numbers of offshore wind turbines expected to be installed in UK and European waters over the coming years. These installations are expected to result in strong and growing demand for construction and operations and maintenance service solutions.

However, ensuring safe and reliable access to offshore turbines is at present a significant limiting factor for the industry, with the workboats currently in operation in the UK typically operating in wave heights of no more than 1.5 metres and within just 60 miles of a safe harbour. This presents issues in relation to turbine access and this problem is expected to worsen as wind farms are developed further from shore. SeaEnergy has developed a vessel concept which it believes will address this challenge and therefore improve the delivery of offshore wind economics. The Company is also developing an additional concept for dedicated onshore assembly and commissioning yards to serve the marine renewables industry.

The Company aims to pursue its plans for the construction of the first SeaEnergy Marine operations and maintenance vessel, once a charter has been secured on acceptable terms. The Company is in the process of submitting tenders for construction and operation and maintenance contracts with major offshore wind companies with a view to developing bespoke, highly engineered vessels.

The Board also believes that oil and gas will continue to be an exciting area and SeaEnergy’s activities through investments in Lansdowne Oil & Gas plc and Mesopotamia Petroleum Company, as well as the Company’s history and experience in Montenegro, have the potential to deliver value over time and recent performance of some of these investments supports this view.

Joel Staadecker, a director of SERL, who has also been a director of SeaEnergy PLC in the last 12 months, has an interest of 4.23 per cent. in the issued share capital of SERL at the present time, and as a result, the Disposal is deemed to be a related party transaction under AIM Rule 13. The Directors, having consulted with the Company’s nominated adviser, Ambrian Partners, consider that the terms of the Disposal are fair and reasonable as far as the Company’s shareholders are concerned.

Steven Lampe is a managing member of Lampe Conway & Co, LLC, the investment manager of LC Capital. Accordingly, the payment of the LC Loan Fee is deemed to be a related party transaction in terms of AIM Rule 13. The Directors (other than Steven Lampe), having consulted with the Company’s nominated adviser, Ambrian Partners, consider that the terms of payment of the LC Loan Fee are fair and reasonable insofar as the Company’s shareholders are concerned.