Notice: Trying to get property 'slug' of non-object in /home/worldofr/public_html/wp-includes/taxonomy.php on line 4394 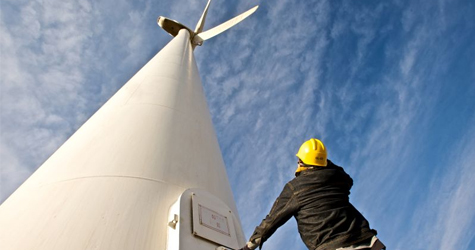 RenewableUK, the trade association for the wind, wave and tidal industry, and Unite the union have signed a memorandum of understanding committing both organisations to campaign together to ensure that the development of the renewable energy industry provides significant benefits to UK businesses and the workers they employ.

Both bodies recognise the potential of the sector, in which nearly 12,000 people are already working full-time, to create long-term skilled employment for the UK, and to help boost growth. Major companies have already identified the specific sites they want to develop into the wind turbine factories of the future, and have submitted planning applications to turn their vision into reality.

Unite national officer for energy, Kevin Coyne, said: “As the largest union in the UK energy sector, with members is every form of power generation and distribution, Unite is exceptionally mindful of the massive potential for growth and employment the renewable energy sector provides. Unite is committed to support the UK wind, wave and tidal industries to ensure that they create long term skilled employment opportunities. Unite looks forward to working with RenewableUK and its member companies to the mutual benefit of the industry and the workforce.”

RenewableUK’s chief executive, Maria McCaffery, said: “The expansion of the wind, wave and tidal industry has the potential to generate up to 120,000 jobs over the next ten years, both directly and through the UK-based supply chain that is growing alongside the industry. Many of the new opportunities the offshore wind industry in particular will generate will be in the old industrial areas along our coastline – areas badly in need of new employment. Working with Unite the union, who will represent many of these future workers, will help us achieve this vision.”

Unite the union and RenewableUK are exceptionally mindful of the potential that the renewable energy sector has to create long term skilled employment in the UK economy.

RenewableUK and Unite the union share a vested interest in campaigning to ensure that funding and policies are in place to facilitate growth and innovation in the renewable energy sector.

Unite the union and RenewableUK are keen to ensure that the development of the renewable energy sector provides the maximum benefit for UK based businesses and their workers, and further that such businesses ultimately become net exporters of new technologies and expertise.

Insofar as it is consistent with the interests of both sets of members RenewableUK and Unite the union agree to campaign collectively to progress their joint aims.

To determine the scope of these shared interests, RenewableUK and Unite the union commit to holding a conference of interested parties, the output of which will be an agreed campaigning strategy.

In undertaking such a campaigning strategy Unite the union and RenewableUK will utilise all available resources to ensure that the agreed political message is clear and unambiguous at Westminster, the Scottish Parliament, the Welsh Assembly, the Northern Ireland Assembly and within other decision and policy making bodies.

In order to ensure that such collaborative working is to the benefit of both industry and the workforce, Unite the union and RenewableUK will undertake to ensure that an effective dialogue exists between the two.

Insofar as there are any disagreements, both RenewableUK and Unite the union will call on their members to reach a conclusion to the dispute that is both timely and unprejudicial to the interests of both sets of members.