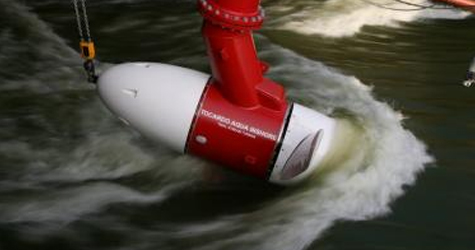 Tocardo is the only company in the world that sells commercially viable water turbines. South Korea is one of the world’s most promising countries for the application of tidal energy generation.

Tocardo International, the leading producer of hydro-power turbines, has signed an exclusive dealership agreement to sell its renewable energy technology into South Korea.

Tocardo signed the deal with the German-Korean corporation Korwind. The company has extensive experience with the South Korean renewable energy market, and a strong track record of building trade links between Korea and Northwest Europe.

Tocardo is the only company in the world that produces and sells commercially viable water turbines. Its market-ready turbines can generate energy in any environment with flowing water: offshore tidal currents, or in-shore rivers.

From a geographic and economic point of view, South Korea is one of the world’s most promising countries for the application of tidal energy generation. Through its agreement with Korwind, Tocardo is one of the first to make its turbines commercially available there.

Korwind will use its extensive network of Korean commercial and government relationships to implement the Dutch hydro-power specialist’s pioneering technology. Tocardo has further strengthened its foothold in the country by signing an R&D agreement with Blue Ocean Power to demonstrate the effectiveness of its 1MW tidal turbine, at Saemankeum Barrage. This installation will combine tidal and ocean current power, providing an ideal demonstration of Tocardo’s ultra-efficient turbines.

Hans van Breugel, CEO of Tocardo, said: “We are excited to enter into this agreement with Korwind, which is not only a specialist in renewable energy and hydro-power, but also has extensive connections in the South Korean market. There is a lot of investment and interesting activity around renewable energy in South Korea, with tidal power beginning to build momentum. We aim to be one of the first to offer proven and commercially viable technology, with Korwind ideally positioned to maximise the opportunity.”

Stephan Huth, Project Manager of Korwind, added: “We are delighted to work with Tocardo as a long-term partner in South Korea. This could be the best country in the world for tidal and offshore energy generation, and Tocardo, with its proven and scalable technology, has a ready-made solution.” This is the second dealership agreement signed recently by Tocardo International in Asia. Last month it signed a dealership contract for Japan with Spectol Power Design Co., Ltd. (SPD).