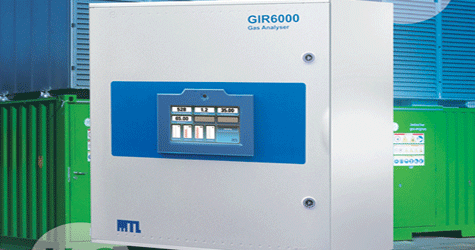 The debt proceeds will be used to fund construction of three solar photovoltaic power plants totaling 81.7 megawatts in the Republic of Honduras. This will be one of the first large scale grid-connected solar projects in the country, and diversifies the energy mix in Honduras while providing clean, renewable energy. In early 2014 the Government of Honduras awarded contracts for nearly 600 megawatts of solar power; SunEdison received the largest award totaling 81.7 megawatts.

SunEdison’s 81.7 megawatt development will be comprised of three solar plants – Pacifico (23.3 megawatts), Choluteca I (23.3 megawatts) and Choluteca II (35.1 megawatts). These solar plants will provide energy to the national grid under 20-year power purchase agreements with ENEE, the state-owned electricity generation, transmission and distribution company. The three plants will be constructed in the region of Choluteca, Honduras, and are expected to be interconnected during the second half of 2015. This project represents the largest renewable energy development in Central America to date. SunEdison will operate and manage the solar projects under a long-term operation and maintenance agreement and management services agreement.

Jose Perez, President of SunEdison for Europe, Middle East, Africa and Latin America, stated: “We are delighted to enter this new high-growth market with world-class financial institutions like the IFC, CABEI and OFID. Solar energy will play a key role in meeting Honduras’ growing energy demand and will reduce the country’s dependency on imported fuel. This latest project demonstrates that SunEdison continues to lead as the largest renewable energy developer in Latin America.”

“Renewable energy is a priority for IFC in Central America. We focus on first-of-a-kind projects that demonstrate technical feasibility, attract additional private financing, and encourage key policy reforms,” said Gabriel Goldschmidt, IFC Head for Infrastructure in Latin America and the Caribbean. “By helping Honduras develop its solar resources, we are signaling our commitment to this critical sector, helping to reduce oil imports, and lowering the cost of energy for the country’s industries and consumers.”

Dr. Nick Rischbieth, President of CABEI stated: “We’re pleased to support this project, which demonstrates the institution’s capability to deliver resources that support Honduras’s National Energy Strategy while bringing competitively priced clean electricity to the market. This project helps bridge the gap between energy supply and demand, and furthers the development of the energy sector in the country.”

Tareq Alnassar, Head of Department of Private Sector and Trade Finance Operations of OFID welcomed the arrangement. “OFID is proud to be a partner in this ground-breaking project, which aligns perfectly with our strategic focus to alleviate energy poverty and our commitment to support renewable energy solutions.”

IFC, a member of the World Bank Group, is the largest global development institution focused exclusively on the private sector. Working with private enterprises in about 100 countries, we use our capital, expertise, and influence to help eliminate extreme poverty and boost shared prosperity. In FY14, we provided more than $22 billion in financing to improve lives in developing countries and tackle the most urgent challenges of development. During the past ten years, IFC has committed $578 million USD for renewable energy projects in Central America, including $351 million USD mobilized from partner institutions. For more information, visit www.ifc.org

About the Clean Technology Fund

The Climate Investment Funds (CIF) are unique financing instruments designed to accelerate transformational change towards low-carbon and climate-resilient development through scaled-up financing channeled through the Multilateral Development Banks, including IFC. The Clean Technology Fund (CTF), one of the CIF funds, provides developing countries with positive incentives to scale up the demonstration, deployment, and transfer of technologies with a high potential for long-term greenhouse gas emissions savings. For more information visit www.climateinvestmentfunds.org

CABEI is a supranational development bank focused on Central America and founded in 1960. CABEI’s Strategy for supporting the Central American energy sector promotes initiatives that generate energy through renewable sources, such as hydro, wind, biomass, geothermal and solar, which benefits the region through the reduction of electricity costs, the stabilization of the electricity distribution system and reduction of greenhouse gas emissions.  Since its foundation, CABEI has approved more than 170 projects with total investment of US$3.8 billion, equivalent to 38% of the installed capacity in the Central American region. For more information visit www.bcie.org

The OPEC Fund for International Development (OFID) is the development finance institution established by the Member States of OPEC in 1976 as a collective channel of aid to the developing countries. OFID works in cooperation with developing country partners and the international donor community to stimulate economic growth and alleviate poverty in all disadvantaged regions of the world. It does this by providing financing to build essential infrastructure that meets basic needs—such as food, energy, clean water and sanitation, healthcare and education—and works to promote productivity, competitiveness and trade. Energy poverty alleviation is a key strategic goal for OFID, and it is working with its partner countries to prioritize universal access to sustainable energy services. For more information, please visit www.ofid.org

Certain matters discussed in this press release are forward-looking statements, including that the debt proceeds will be used to fund construction of three solar photovoltaic power projects totaling 81.7 megawatts in the Republic of Honduras;  these projects are expected to be interconnected during the second half of 2015; this project represents the largest renewable energy development in Central America to date; SunEdison will operate and manage the solar projects under a long-term operation and maintenance agreement and management services agreement; and Solar energy will play a key role in meeting Honduras’growing energy demand and will reduce the country’s dependency on imported fuel. Such statements involve certain risks and uncertainties that could cause actual results to differ materially from those in the forward-looking statements. Potential risks and uncertainties include changes in applicable regulatory requirements and incentives for production of solar power; and general business and economic conditions, including seasonality of the industry, and other risks described in SunEdison’s filings with the United States Securities and Exchange Commission. These forward-looking statements represent SunEdison’s judgment as of the date of this press release. SunEdison disclaims, however, any intent or obligation to update these forward-looking statements.