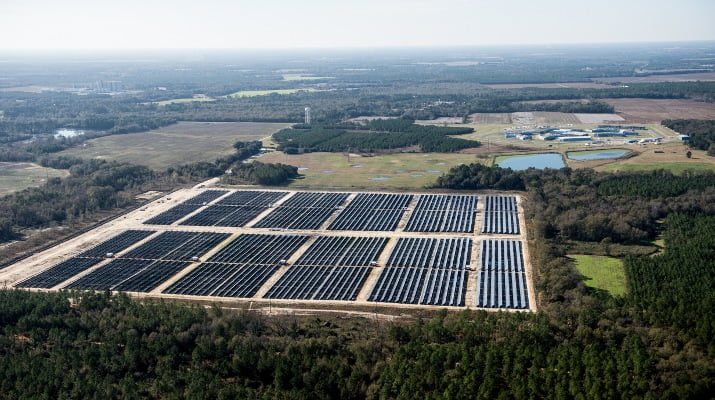 SMA has increased its installed inverter capacity in North America by 33 percent in less than a year to reach a staggering 10 GW. Combined, they produce enough energy to provide roughly 2 million average American homes with clean, renewable energy. SMA’s success is based on its innovative product portfolio, which spans from large turnkey solutions for utility power plants and three-phase inverter technology with energy management function to fully optimized string-inverters for residential applications. All products have a German engineering standard and are fully supported by the local SMA sales and service team.

“SMA is the clear market leader in North America with a market share of 30 percent. Customers trust in SMA’s expertise and appreciate our local presence. Due to our complete product portfolio we do not have to force the customer to buy only string-inverters. Instead, we strive to find the technically best solution to lower the consumer cost of electricity,” said Pierre-Pascal Urbon, SMA chief executive officer. “Since we entered North America 16 years ago, we have been committed to supporting the designers, installers, developers, owners and EPCs of this dynamic market.”

In 2000, the company launched SMA America in California as the hub for North American sales and service operations. The company quickly became the overall market leader and has consistently delivered solutions for all markets and project types.

In addition to its broad portfolio of technical solutions, SMA’s recent growth as an O&M supplier coupled with its experience as a top-ranked service organization have contributed to the achievement of 10 GW installed base milestone in North America.

Recently SMA has seen overwhelming success across the board in its residential, commercial and utility-scale business. New products, including the Sunny Central 2200-US and 2500-EV-US, the newly redesigned Sunny Boy with Secure Power Supply, and the Sunny Tripower 30000TL-US have been well-received in the market and bolstered sales.

“PV professionals continue to choose SMA because they know we will offer not only the most reliable and high-performing inverter solutions, but because they can rely on us to be there every step of the way with the best service support as well as O&M offerings,” said Marko Wittich, SMA executive vice president of sales for the Americas region. “We are proud to support this market with both the highest quality service and the most reliable product solutions, and will continue to drive our technology development based on the unique needs of the solar industry in the U.S., Canada and Mexico.”
About SMA
The SMA Group with sales of €1 billion in 2015 is the global market leader for solar inverters, a key component of all PV plants, and offers innovative key technologies for future power supply structures. It is headquartered in Niestetal, near Kassel, Germany, and is represented in 20 countries. The Group employs more than 3,000 people worldwide. SMA has an extensive range of products, which offers the right inverters for all module types and plant sizes; for small residential systems as well as large-scale plants, grid-connected photovoltaic systems as well as off-grid and hybrid systems. Moreover, SMA offers system technology for various battery technologies and system sizes and collaborates with renowned battery manufacturers and companies from the automotive industry. The SMA technology is protected by about 700 patents and utility models worldwide. The range of services is supplemented by comprehensive services and operational management of large-scale PV power plants. Since 2008, the Group’s parent company, SMA Solar Technology AG, has been listed on the Prime Standard of the Frankfurt Stock Exchange (S92) and is currently the only company in the solar industry that is listed in the TecDAX index. www.SMA-America.com
Media Contacts:
Jessica Dumont • Jessica.Dumont@SMA-America.com
Brad Dore • Brad.Dore@SMA-America.com
SMA America • 916 625 0870
Disclaimer:
This press release serves only as information and does not constitute an offer or invitation to subscribe for, acquire, hold or sell any securities of SMA Solar Technology AG (the “Company”) or any present or future subsidiary of the Company (together with the Company, the “SMA Group”) nor should it form the basis of, or be relied upon in connection with, any contract to purchase or subscribe for any securities in the Company or any member of the SMA Group or commitment whatsoever. Securities may not be offered or sold in the United States of America absent registration or an exemption from registration under the U.S. Securities Act of 1933, as amended.