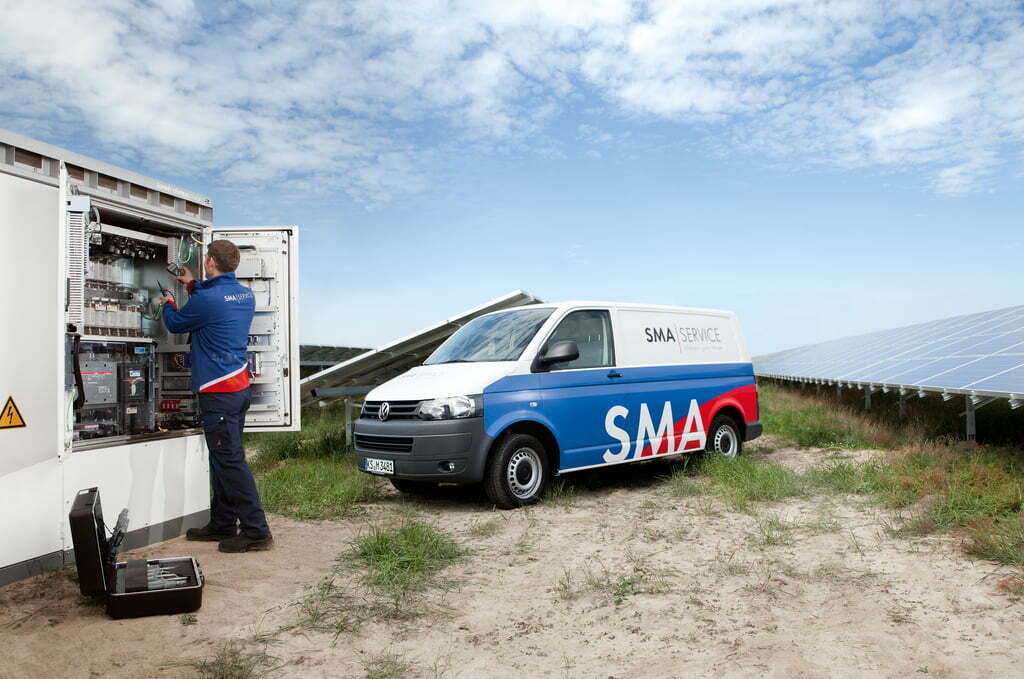 Niestetal, January 11, 2018 — On the heels of significant wins and expansion of SMA Solar Technology’s (SMA) O&M services in 2017, the recently issued GTM Research report „Global Solar PV O&M 2017 – 2022“ dubbed SMA a top O&M service provider among all O&M vendors worldwide. Notably, the company moved up in its rankings across categories since 2016.

According to the report, in the inverter manufacturer category, SMA was ranked the No. 1 O&M vendor in North America, and No. 2 globally, moving up a spot from last year’s global ranking.

“In 2017, we again improved our excellent position in the intense competition between O&M service providers worldwide,” explained SMA CEO Pierre-Pascal Urbon. “None of our competitors has such long-standing experience, great expertise and local presence in all key photovoltaic markets as SMA. Our plant-wide full-service offering, which extends from monitoring to the complete operational management of PV power plants, sets standards in the industry. Our scalable O&M solutions, which are tailored for individual requirements, ensure optimum plant yields and secure our customers’ investments worldwide.”

SMA secured several large-scale O&M contracts in 2017, including major contracts for two pv power plants with a total capacity of 180 MW in Chile and a 10-year master services agreement with Cypress Creek in the U.S. SMA Service currently has more than 2.5 GW of solar assets under operation and maintenance (O&M) agreements worldwide, which are monitored from SMA’s Solar Monitoring Centers located in California and Germany.

About SMA
The SMA Group with sales of around €1 billion in 2016 is the global market leader for solar inverters, a key component of all PV plants. SMA offers a wide range of products and solutions that allow for high energy yields for residential and commercial PV systems and large-scale PV power plants. To increase PV self-consumption efficiently, SMA system technology can easily be combined with different battery technologies. Intelligent energy management solutions, comprehensive services and operational management of PV power plants round off SMA’s range. The company is headquartered in Niestetal, near Kassel, Germany, is represented in 20 countries and has more than 3,000 employees worldwide, including 500 working in Development. SMA’s multi-award-winning technology is protected by more than 1,000 patents and utility models. Since 2008, the Group’s parent company, SMA Solar Technology AG, has been listed on the Prime Standard of the Frankfurt Stock Exchange (S92) and is currently the only company in the solar industry that is listed in the TecDAX index.

£1 million boost for renewable energy in the South East