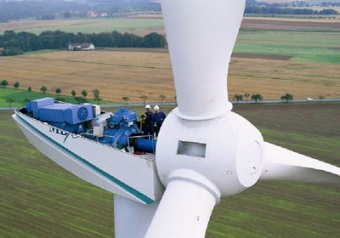 PARIS: German wind turbine manufacturer REpower Systems AG has signed agreements with French wind farm developer Valorem on the supply and construction of a total of 21 wind turbines. The 21 REpower MM92 turbines each have a rated power of 2.05 MW and a h

supplied and erected between March and June 2010. The wind farms are

The supply agreements are being executed by the Paris-based

subsidiary REpower S.A.S., based in Paris. These are the first turbines

REpower has been active in France since the end of 2001, and the country is now its second biggest market after the U.S.