Prysmian aboard the Energy Observer, the first hydrogen vessel to circumnavigate the globe in a 100% green manner 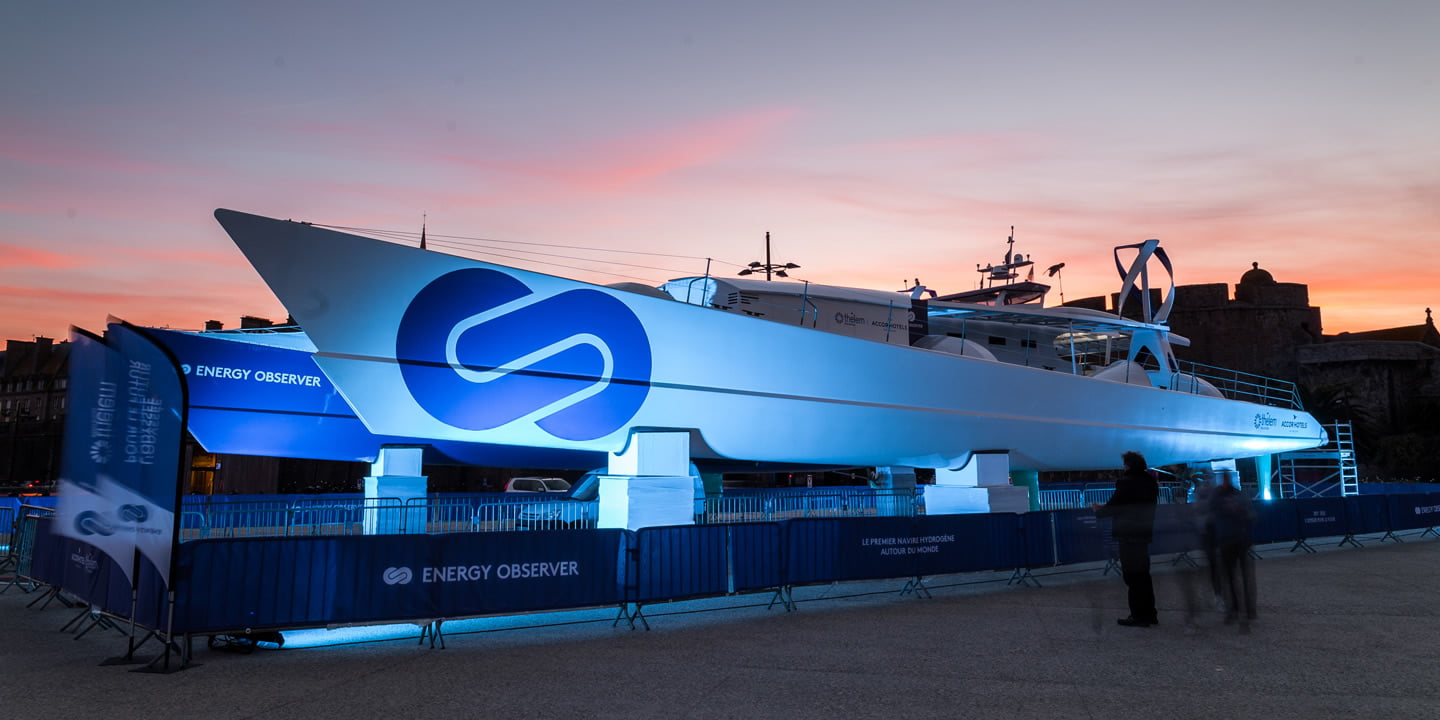 By supplying the cables installed on the catamaran, the group confirms its commitment to developing and promoting renewable energy

Milan, 20 June 2017 – Prysmian Group, world leader in the energy and telecom cable systems industry, announced its partnership with the Energy Observer, the world’s first catamaran powered solely by renewable sources, at the Paris Air Show today. Energy Observer and CEA Liten, the research institute that developed the project, have chosen Prysmian as the official supplier of cables which, through a high level of performance, reliability and light weight, provide energy generated from renewable sources to the vessel’s motor.

The catamaran, 31 metres long and 12.80 metres wide, is powered solely by renewable energy, drawing on 130m2 of solar panels, two vertical wind turbines and a sophisticated system that desalinates water, transforming it into hydrogen through electrolysis.

The Energy Observer, which set out on 14 April 2017 from the Port of Saint Malo (France), is currently committed to a six-year trip around the world during which it will travel to 101 ports in 50 countries. The goal of the project is to share with the world a concept of electrical power not in conflict with nature. It will be a long journey, but also an opportunity to engage in dialogue and build consensus about new solutions for a cleaner future.

“We are extremely proud to take part in the Energy Observer project and provide our contribution in the form of our knowledge and technology,” explained Alain Jeanguillame, Director of the Aerospace Business Unit of Prysmian Group, at Salon du Bourget (Salon International de l’Aéronautique et de l’Espace, Paris, 19-25 June), at which the partnership with the Energy Observer was officially presented. “After having equipped the Solar Impulse, this partnership allows us to continue down the path towards clean energy to which we have committed, by once again taking part in an ambitious and compelling project.”

The Group was recently technical partner to the Solar Impulse, the solar airplane that travelled around the world without using fuel in 2015 and 2016. The 17,000 solar cells integrated into the wings of this revolutionary airplane provided renewable energy to each of its four electric engines via the 150km of special aerospace cables made by Prysmian.