KACO new energy to supply another 50 megawatts of inverter power 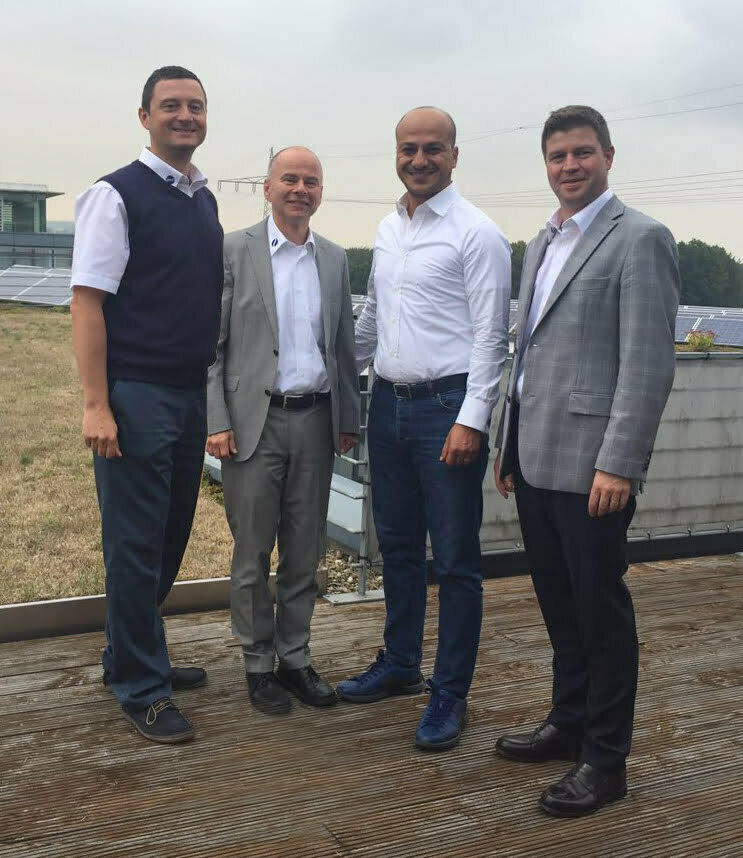 Neckarsulm, 6. October 2016 – KACO new energy has signed a deal with the Turkish Aldo Grup to supply inverters having a total capacity of 50 megawatts. The blueplanet 50.0 TL3 INT units from the Germany-based manufacturer are to be used in a range of projects to be financed and planned by the Aldo Grup between now and the end of 2017.

The agreement between KACO new energy and the Aldo Grup encompasses a total of 1000 inverters, to be delivered in two stages. The initial batch of 25 megawatts is to be delivered by March of next year, with the remaining 25 megawatts leaving KACO new energy’s production site in Neckarsulm before the end of 2017. The order is for the XL version of the blueplanet 50.0 TL3 INT. In this version, the inverters are factory-fitted with ten string fuses and the DC combined conductor type 1 and 2. An AC combined conductor can be retrofitted easily. This reduces the complexity of installing the inverters in terms of safety and cabling.

This is the second contract to supply the Aldo Grup: “We had a very good experience previously working with KACO new energy on a four-megawatt project. The team was very customer-focused and always available – especially for the all-important after-sales service. Given this previous reliable partnership and the good performance of the inverters, it was an easy decision to continue working with KACO new energy on further projects,” said Haluk Veli Dogan, CEO of Aldo Grup.

“The Aldo Grup is a family-run business that has been operating successfully for more than 35 years. We are delighted that a company with such a long history is turning to the workmanship of a medium-sized German business which is also run as a family business,” said Nedret Ünlü, Country Manager for Turkey at KACO new energy. The Aldo Grup is the largest distributor of Audi and VW vehicles in Turkey. The Aldo Enerji branch is both an investor in and retailer of substructures for photovoltaic systems.

The Aldo Grup plans to install a total of 100 MW of PV capacity by 2018. It is also planning further projects with KACO new energy in the future. It is the stated goal of the government in Ankara to bring around 10 gigawatts of solar energy online by 2023 – the hundredth anniversary of the creation of Turkey as a nation. KACO new energy considers itself to be in a good position for this challenge: “We are well on the way to further developing the photovoltaics market in Turkey, in line with our strategy. Given this, the partnership between Germany and Turkey is more important than ever,” said Nedret Ünlü.

Meanwhile, production has started on the first 240 inverters of the contract. They are destined for a twelve megawatt solar power plant and should arrive in Kayseri at the end of October 2016. The Aldo Grup is implementing the project in collaboration with operating company Saysun Energy. It is the largest contiguous photovoltaic power plant in the region to date. The city of Kayseri in central Turkey is one of the most important centres of trade and industry in the country and is now the “PV Capital” of Turkey.

About KACO new energy:
KACO new energy is amongst the world’s largest manufacturers of solar inverters. With offices in 16 countries, the company offers inverters for every array size from the smallest homes to the largest solar farms of hundreds of Megawatts. KACO new energy is based in Neckarsulm, near Stuttgart, Germany and the production facilities there, in the Americas and Asia have supplied around eight Gigawatts of inverters since 1999. The company was the first inverter manufacturer to achieve fully carbon-neutral production and is rapidly heading towards power self-sufficiency. KACO new energy also supplies energy storage systems and battery inverters, as well as inverters for PV-Diesel hybrid systems and combined heat and power plants. In 2014, KACO new energy celebrated the centenary of the original company which was one of the first suppliers of inverters in the late 1930s. Read more at www.kaco-newenergy.com
Contact