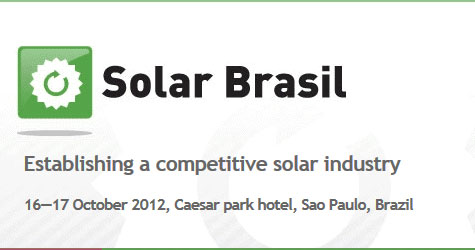 Since ANEEL released new legislation regarding solar power this April, there has been an explosion in interest in the Brazilian solar market. Empresa de Pesquisa Energetica, better known as EPE, is the research arm of the Ministry of Mines and Energy in Brazil. In their comprehensive 60 page report released a matter of weeks ago, they cover everything from Brazil’s solar resources and existing incentives, to the potential industrial value chain and the competitiveness of both distributed and centralized generation. The report was commissioned to instruct the Ministry of Mines and Energy in their decision making processes for solar policy.

What were their findings?

For distributed rooftop generation, solar power in Brazil is already competitive in some regions, with the cost of producing power from solar being less than that sold by 10 of Brazil’s 63 electricity distributors. Following the introduction of ANEEL’s net metering legislation in April of this year, a boom is expected in the commercial and industrial rooftop PV market as businesses look to reduce their energy costs.

For centralized power generation, EPE report that solar is not competitive with other energy resources at present but with the downward spiralling prices of PV there is great potential. In addition, Brazil is keen to create a local industry around solar power and in order to do so EPE state that further incentives are likely to be required to achieve economies of scale. One mechanism EPE propose to the government is to introduce a solar specific auction that would send a clear message of Brazil’s commitment to solar power.

Click here for a summary of further findings from the report

The full version of the report, in Portuguese, can be read here

So what next for the market?

On 16-17 October, ANEEL will come together in Sao Paulo with the representatives behind the pilot projects to discuss the next steps forward. Utilities including Eletrosul, Neoenergia, CELPE, Elektro & Rede Energia will unveil the latest from their first solar projects. MPX Energia, the company gaining a lot of press at present for their proposed expansion of their 1MW Taua solar project to 50MW will explain their bullish attitude to PV and Tecnometal, the first module production company in Brazil will present the case for local manufacturing. Already many of the world’s largest solar developers have confirmed to join, alongside Brazil’s pioneering solar firms and leaders of the wind market who are exploring the sector. Attendees will look at the immediate steps to tap into the already cost competitive distributed generation market and hear the latest from the government on whether a solar auction could be on the cards.

If you would be interested in joining please visit Solar Brasil www.greenpowerconferences.com/solarbrasil

Organized by “Globally” on behalf of MOCCAE, the Award aims to attract innovations from around the world to the UAE to support the country...
Read more
Events News

REVIEW OF THE UK ENERGY WHITE PAPER: THE NEXT ALL-ENERGY/DCARBONISE WEBINAR