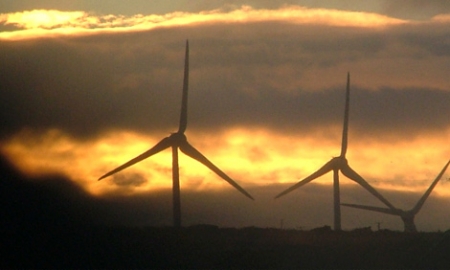 It is reported that Czech energy company CEZ has purchased two wind farm projects in the Dobrogea regionin Romania from Polish based green energy group Continental Wind PartneThis is due to start construction in August 2008 for a delivery date of the end of 2009.

Set in the adjacent zones of Fantanele and Cogealac, 17 kilometers from the Black Sea coast, the first farm of an installed capacity of 347 MW will include 139 wind turbines. This farm can be extended to contain a 600 MW installed capacity.

At present, the Romanian power grid company Transelectrica has given permission for companies to connect only 2,000 MW of installed power countrywide through wind farms to the grid. Most projects target the Dobrogea region although there are some proposals for Moldavia.

Other projects include the Portuguese group Martifer, which expects to see one wind farm erected in 2008. Meanwhile Italy’s Enel has bought out Blue Line, a Romanian company holding the rights to develop wind energy projects in Dobrogea, which are due to be operational in 2010. Local developer Rokura has also sold a project to Spanish energy giant Iberdrola for 600 MW in the same region, with the construction due to start in 2009.

The European Investment Bank (EIB)  will provide €65 million and BPI an additional €47 million to EDP Renováveis S.A. (EDPR), one of the main...
Read more
Editor's Choice