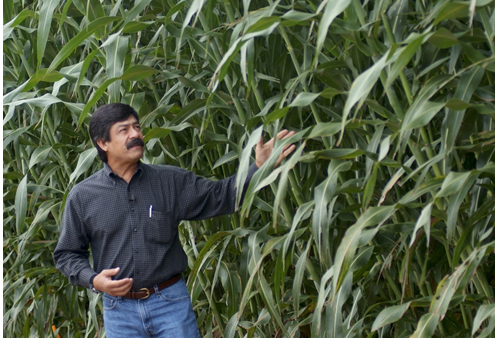 Most experts say sorghum will extend the ethanol production season by as many as 60 days or more, expanding fuel supplies and lowering the cost of financing mill construction.

Ceres, Inc., a leading developer of bioenergy crops, has established a subsidiary in Brasil. The announcement marks the expansion of its network of sweet sorghum activities in Brazil, and its intention to be the primary supplier of new high-sugar hybrids to the ethanol industry.

Canes of sweet sorghum complement sugarcane production since they grow quickly, use less water and fertilizer than sugarcane, and achieve peak sugars at different times of the year, among other advantages. Most experts say sorghum will extend the ethanol production season by as many as 60 days or more, expanding fuel supplies and lowering the cost of financing mill construction.

Ceres said that it is currently working with multiple ethanol mills, technology providers and equipment companies to facilitate the introduction of sweet sorghum hybrids into existing ethanol mills. Most ethanol operators are confident that canes of sweet sorghum can be harvested, transported and processed with existing sugarcane equipment.

“Brazil’s ethanol industry has high aspirations for growth and sweet sorghum helps address the question of how and where it can grow, and become more profitable,” said Ceres President and CEO Richard Hamilton. “We believe that new sweet sorghum hybrids will be the lowest-cost source of fermentable sugars in many places, and at times of the year when mills are under-utilized or idle.”

According to the company, Ceres Chief Financial Officer, Mr. Paul Kuc, has been appointed as the interim leader of the subsidiary, which will be based in Sao Paulo under the name Ceres Sementes do Brasil Ltda. Earlier in his career, Kuc spent several years leading the Brazilian financial unit of a large multinational seed company.

“We intend to expand our seed business in Brazil as the market for sweet sorghum grows,” said Mr. Kuc. “Since sorghum is multiplied and planted by seed (rather than cane stems), we can rapidly advance new products. We can also increase seed supplies quickly for new projects and for the expansion of existing ethanol facilities.”

More about Ceres and sweet sorghum can be found at www.ceressementes.com.br.

ABOUT CERES
Ceres, Inc. is a leading developer of high-yielding energy crops that can be planted as raw materials for advanced biofuels and biopower. Its development efforts include sweet sorghum , high-biomass sorghum, switchgrass and miscanthus. The plant breeding and biotechnology company markets its seed under its Blade brand. Ceres holds one of the world’s largest proprietary collections of fully sequenced plant genes.