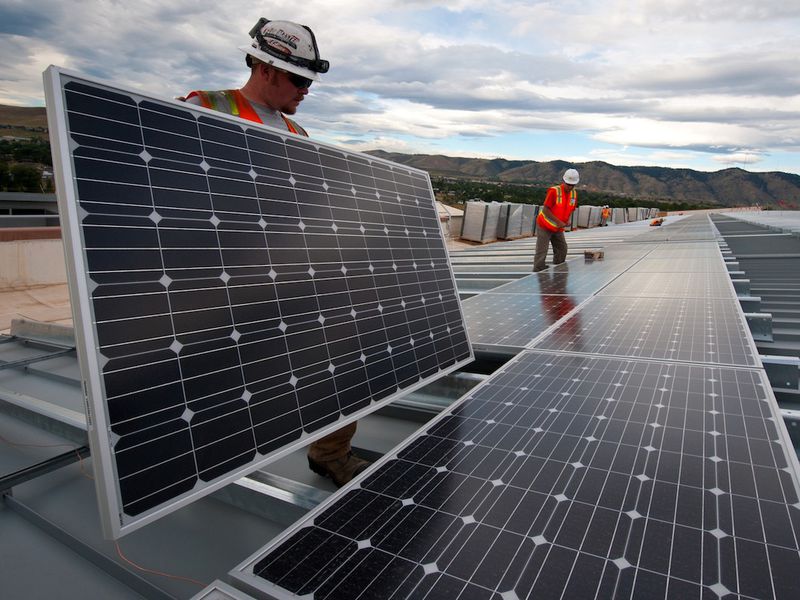 A requirement for new homes built in California starting in 2020 to include solar rooftop panels is now formally part of the state’s building code. It follows approval Tuesday by the California Building Standards Commission of a plan endorsed in May by a state energy panel.

The action by the state building standards commission came in a unanimous 8-0 vote and makes California the first state in the nation to mandate solar-energy installations on most single-family homes as well as multi-family residential buildings up to three stories, including condos and apartment complexes. However, the solar rule has raised concerns the cost to build new homes will soar and further erode home affordability statewide.

The solar requirement is expected to add on average about $9,500 to the cost of new houses but is projected to be offset by about $19,000 in energy savings over a 30-year period, according to the California Energy Commission. Back in May, the energy policy and planning agency approved the requirement for solar panels for most new California homes built starting in 2020.

“Today’s unanimous vote was the culmination of more than two years of work by SEIA, it’s partner organizations and of course policy makers in the Golden State,” said Sean Gallagher, vice president of state affairs for the Solar Energy Industries Association, a trade association of the solar energy industry. “We hope other states will look at what California has done and consider similar policies to encourage clean and low cost solar energy.”

The state has estimated that solar standards applying to most homes and many commercial structures could save California residents and businesses millions in energy costs. The new standards require solar photovoltaics on new residential single-family buildings and multifamily buildings up to three stories high.

“While per capita electricity consumption in the U.S. has increased steadily over the last 40 years, California’s per capita consumption has remained flat, due in large measure to building and appliance efficiency standards,” California Energy Commission Executive Director Drew Bohan said in remarks Tuesday before the building standards panel in support of the new solar mandate. “The new standards presented today will guide the construction of buildings that will continue to keep costs down, better withstand the impacts of climate change, and reduce greenhouse gas emissions.”

“These highly energy efficient and solar-powered homes will save families money on their energy bills from the moment they walk through their front door,” said Kelly Knutsen, director of technology advancement for the California Solar and Storage Association, an industry trade group. “Homebuyers will also have a solar plus storage option, allowing their home-grown clean energy to work for them day and night.”

The California Building Industry Association estimates that only 15 to 20 percent of the single-family homes built in California have solar panel installations. At least seven cities in the state, including San Francisco, already have solar mandates of one form or another on new buildings.