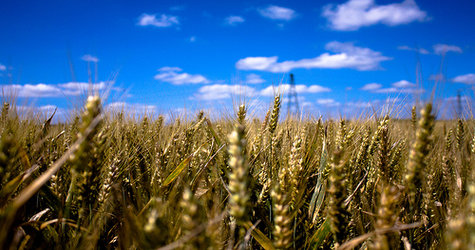 BioGasol has created an innovative reactor design for the cost efficient and highly controlled conversion of lignocellulosic materials, such as agricultural waste and wood, into replacements for conventional fuel and other oil-based materials. Its Carbofrac™ line of reactors has a small footprint, high throughput-to-weight ratio and superior control of the hydrolysis process, maximising yield while limiting production of inhibitors. The Carbofrac™ 400 reactor is the mid-range model in BioGasol’s product line-up and, as part of Sweetwater’s production line, it enables the conversion of lignocellulosic feedstock to highly fermentable sugars suitable for producing bioethanol, bioplastics and biochemicals. Financial terms were not disclosed.

Dr Anders Weber, CEO of BioGasol, commented: “This deal cements the position of our technology as the market leader in feedstock pretreatment technology. The performance and footprint of our reactors is an ideal solution for the decentralised pretreatment and hydrolysis facilities that we believe are essential to the success of cellulosic biofuels.”

Chair and CEO of Sweetwater Energy, Arunas Chesonis, added: “Our use of BioGasol’s Carbofrac™ technology in a commercial ethanol plant shows introducing lignocellulose-derived sugars into existing biofuel production processes can be low risk and economically feasible. We share the philosophy that smaller, decentralised pretreatment facilities are the key at this stage to making cellulosic biofuels and biochemicals work, and anticipate that this agreement will pave the way for the large-scale production of fuel and raw materials for the chemical industry from cellulosic feedstock.”

In April 2012, Sweetwater Energy after a thorough investigation of commercial available pretreatment technologies announced its intention to use BioGasol’s Carbofrac™ technology as part of its overall solution to maximise the amount of sugar that can be extracted from cellulosic feedstock.

BioGasol ApS is a Danish biotechnology company founded in January 2006 as a spinout from the Technical University of Denmark, DTU. Among other biological renewable energy technologies, the Company develops, manufactures and licenses pretreatment solutions – the Carbofrac™ series – now at a commercial stage. The Carbofrac™ process is based upon extensive research and development work at DTU since 1994. Today BioGasol has just over 30 employees and has since 2006 demonstrated its equipment in a series of successfully up-scaled pilot and demo plants. Its sister company, C5 Labs ApS, has among others developed proprietary high-yield pentose/hexose co-fermentation technology. For more information, please visit: www.biogasol.com.