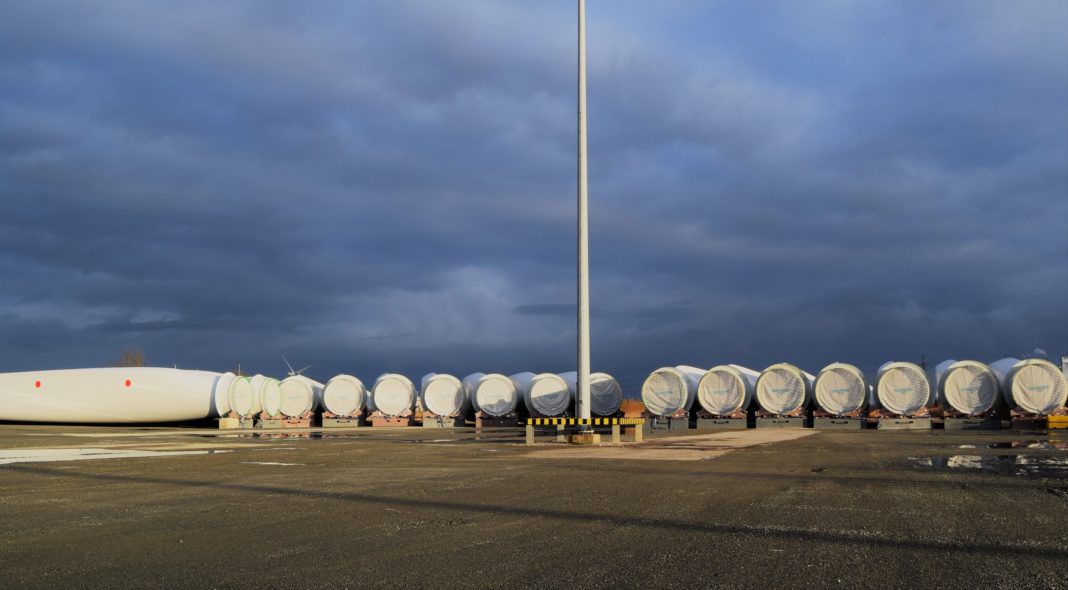 ABP has secured a 12-month contract with Siemens Gamesa for providing a storage site for 37 wind turbine blades destined for the world’s largest offshore windfarm, the Hornsea One Project.

To accommodate the expanding business of the leading wind turbine blade manufacturer, a six-acre area located at the Port of Hull’s Eastern Access, on King George Dock, is now being leased for the storage of the 75 metre, 30 tonne blades.

David Morriss, ABP Humber Head of Property, said: “We’re proud to be able to say that we have been an essential link in a major green project such as this, which will eventually see the blades powering one-million homes.  It’s also another example of our expertise in handling such large and specialist components.

“We have worked closely with Siemens Gamesa to offer solutions and to support their business growth, so that together as partners, we can keep Britain trading and provide the nation with environmentally-friendly power.”

A meticulous operation is underway to transport the fibreglass blades nearly two miles from the current site on Alexandra Dock.

The process involves a remote-controlled loader being guided by an operator to carefully transport the blades through the port to its new location at 5mph. Each blade takes around 1 hour 15 minutes to move during the early hours of the morning to cause minimal disruption to port traffic.

“Siemens Gamesa is delighted to again be working with ABP, continuing a ground-breaking partnership in Humberside,” said Anton Bak, Factory Director, Siemens Gamesa Renewable Energy Hull. “To deliver clean, green energy to millions of UK households is a complex team effort, and ABP is a crucial member of that team.”

To help facilitate further investment in the city and port, Hull City Council has made improvements to the Northern Gateway Roundabout to help facilitate the movement of abnormal loads. The council utilised funding from the Green Port Growth Programme to create a route through the centre of the junction and part-time signals to control traffic during the movements.

Councillor Daren Hale, Deputy Leader of Hull City Council, said: “Hull City Council is proud to work with Siemens Gamesa and ABP to help smooth the implementation of this operation. This contract between the two firms represents further fantastic investment into the city and strengthens Hull’s ambition to become the renewables capital of the UK.”